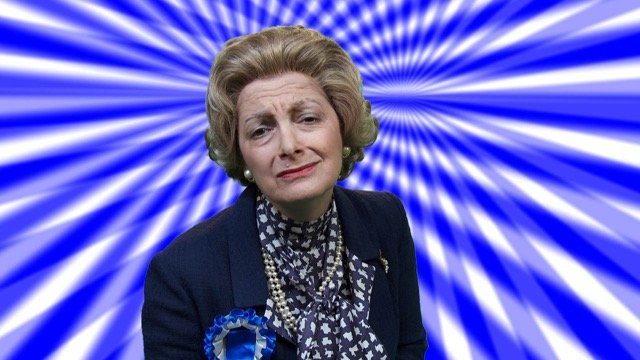 Screening, performance & debate on the collision of art and politics

With the General Election looming, join us for this special screening of Jennet Thomas’ The Unspeakable Freedom Device, an experimental narrative film haunted by the image of Margaret Thatcher as an after-burn on our cultural memory.

Set in a warped primitive-future world, of collapsing signs and imploding meanings, characters in the film become entangled in a Thatcher cargo-cult where the difference between technology and magic has become incomprehensible.

Jennet Thomas (Matt’s Gallery, London) makes films, performances and installations exploring the connections between the lived everyday, fantasy and ideology. Joining her to discuss the collision between art and politics are Pil and Galia Kollectiv, artists who explore the legacy of modernism and Esther Leslie, Professor of Political Aesthetics at Birkbeck, who chairs the event.

The event will also feature a one-off live performance taken from of The Unspeakable Freedom Device.

Please note that if the online allocation sells out there will be 50 tickets left on the door for this event.