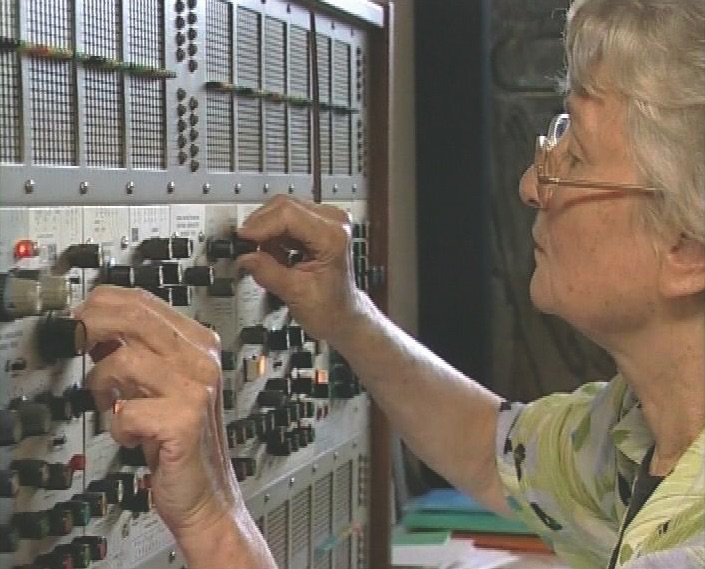 Éliane Radigue is a pioneering French composer who turned 90 this year. Her work is characterised by long durations and subtle changes. Michel Chion described her music as "infinitely discreet ... next to which all other music seems to be tugging at one's sleeve for attention". Since 1975 she has been an adherent of Tibetan Buddhism. Until 2000 her work was almost exclusively created with the ARP 2500 modular synthesizer and tape. Since 2005 she has composed mainly for acoustic instruments creating the continuing Occam series.

This three-part matinee starts with the short film Échos in which filmmaker Eléonore Huisse and sonic artist François J. Bonnet (aka Kassel Jaeger) ask Radigue a series of existential questions. The result is a portrait of the artist based on intimacy and friendship.

This is followed by a performance of Éliane Radigue’s Occam IV by Brussels-based musician Julia Eckhardt. Julia has had a number of pieces written for her by Éliane and collaborated with her on the book Éliane Radigue – Intermediary Spaces/Espaces intermédiaires (2019).

Julia Eckhardt will then reflect on Éliane’s work with Wire writer Louise Gray.

Louise Gray writes for The Wire and lectures at CRiSAP at the London College of Communication, University of the Arts London. Her chapter on women and experimental composition post 1945 will be published shortly in The Cambridge Companion to Women Composers (CUP, 2022)

Julia Eckhardt is a musician and organiser in the field of the sonic arts. She is a founding member and artistic co-director of Q-O2 workspace in Brussels. As a performer of composed and improvised music she has collaborated with numerous artists, and extensively with Éliane Radigue. She has been lecturing about topics such as sound, gender and sonic spaces, and is (co-)author of The Second Sound, Conversation On Gender And Music, Grounds For Possible Music, The Middle Matter – Sound As Interstice, and Éliane Radigue – Intermediary Spaces/Espaces intermédiaires.