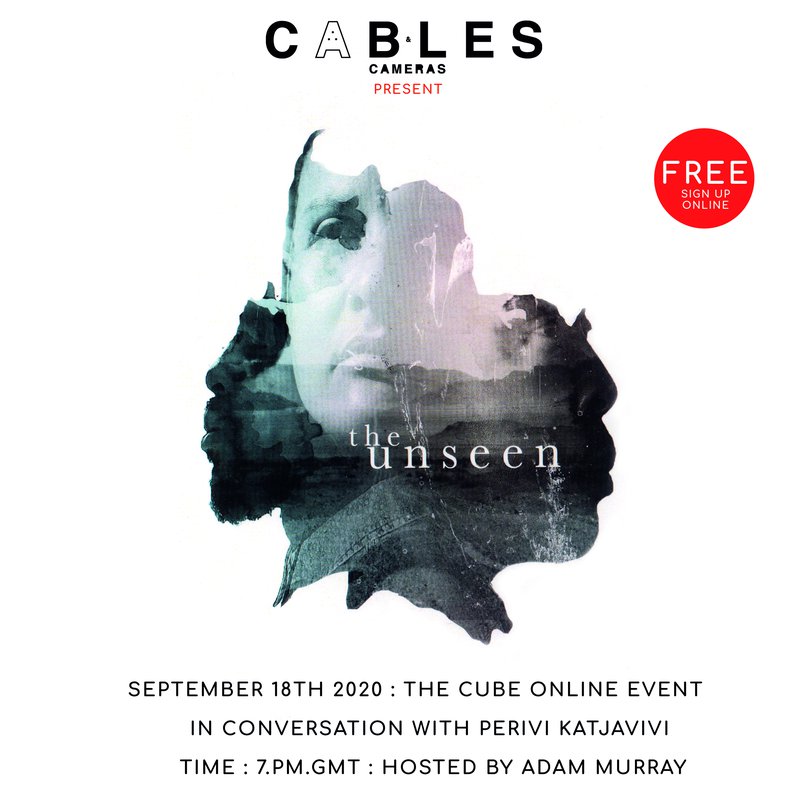 Cables + Cameras have partnered with Film and TV Charity In Conversation with Writer and Filmmaker Perivi Katjavivi from Namibia.

We will be streaming his award winning film The Unseen, and sharing a filmmaker Q+A hosted by Adam Murray (Bristol-based Film Programmer/Writer/Broadcaster).

The Unseen examines the psychological trauma of a country that endured both a long period of German colonialism and the brutalities of apartheid. Drifting through a series of spare, poetic scenes, its three leads grapple with the question of what it means to be part of a young nation that’s still trying to understand its own place in the modern world.

First there is Marcus, an African American actor tasked with portraying one of Namibia 's historical leaders. Seeking authenticity in his craft, he embarks on an earnest research mission to unveil the true history of his character. Then there is Anu, a talented local musician who is having trouble negotiating between his influences and identity. Lastly, there is Sara, a depressed young woman uncertain of whether or not her environment provides anything worth living for.

Perivi Katjavivi is a Namibian-British Filmmaker and PhD candidate at the University of the Western Cape in South Africa. He is interested in how colonial sites of memory, particularly those related to the Herero tribe genocide, influence everyday life in Namibia. His film work and research explore entanglements between these sites of trauma and contemporary modern life.

Recent films include Emoyeni: Nsanguluko (2018); The Unseen (2016); My Beautiful Nightmare (2012). His latest film, Film Festival Film, was co-directed with Mpumelelo Mcata, and had its World Premiere at the 69th Berlinale in February 2019. Perivi holds an MA in African Cinema from the University of Cape Town and has written extensively for the Windhoek Observer, Africa is a Country and Okay Africa. He has presented papers at the University of Westminster, Nottingham Trent University and SOAS. Katjavivi also makes music under the moniker The Pharaohs.

Streaming from 18th to 22nd September