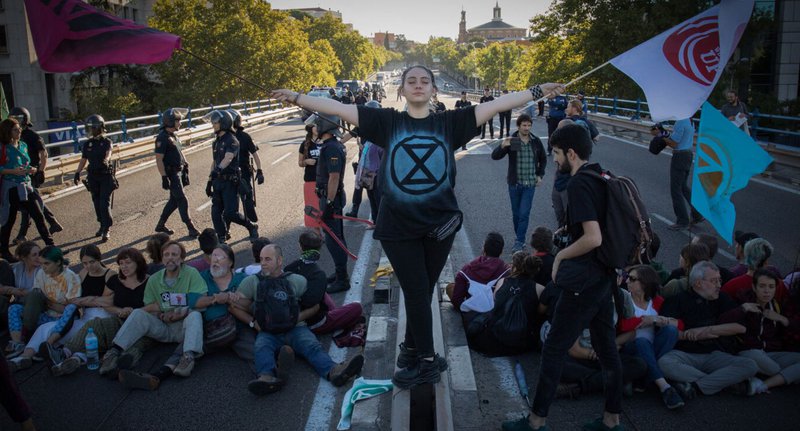 “The Troublemaker provides a blueprint for people who are sick and tired of the futility of civil discourse in combating the climate catastrophe. We hope this film inspires people to embrace radical tactics and actions that bring about real change. Our very existence depends on it.”

"The Troublemaker" delves deep into the ideas and emotions behind the international wave of civil-protest, born in the face of the unfolding climate crisis.

The film scratches the niggling itch that is lurking in many of our brains about the extinction of planetary systems that seems to be going on all around us, and the dawning realisation that something has to be done.

It was filmed and edited at a time when, for most of us, ‘global crisis’ was an abstract concept.  Now we know better.

With one foot in the past and one in the future, the film casts the reality of global crisis as an opportunity to live life without lies, a life that offers both resilience and joy through the power of collective action.

The film follows the personal awakening of two people as they learn to accept the reality of climate breakdown and decide to do something about it.

One of them is Roger Hallam, key strategist and co-founder of ‘Extinction Rebellion’.

Roger is a former organic farmer and academic expert in the spread of radical protest movements.  Beginning in the U.K. in November 2018, his ideas and strategic thinking have helped to inspire thousands of ordinary people to non-violent civil disobedience and mass arrest.

Sylvia Dell is a retired IT worker and mother of 4 from Totnes in South Devon.She is not a ‘climate activist’ just an ‘ordinary’, sensible, peace loving citizen, doing what she thinks is right.

Screening as part of The Festival of Trouble.