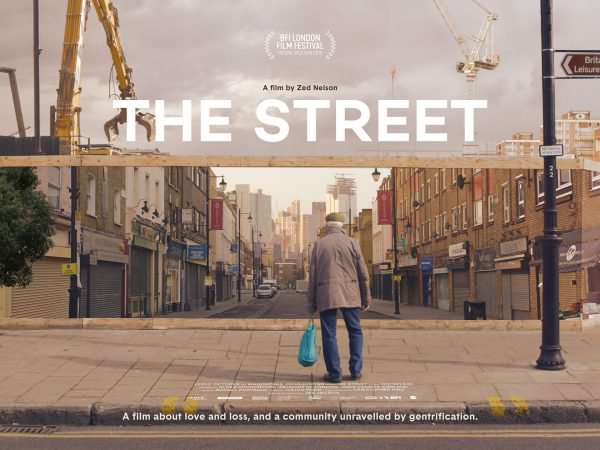 As the glinting steel and mirror-glass skyscrapers of London’s financial hub edge ever closer, the area surrounding Hoxton Street has been transformed by ‘luxury’ redevelopments and sky-high property prices. This traditional East London street, less than a mile from the City of London, has become the last bastion of the areas disadvantaged – a concentration of the aged, poor and dispossessed. Following its inhabitants over a four-year period, Zed Nelson’s début feature-length documentary charts the toxic collision of gentrification, austerity and the nation’s slide into Brexit.

★★★★ “An unmissable portrait of modern London” The Guardian
★★★★ “Refreshingly complex" Time Out
★★★★ "Hilarious, yet tragic” The Times
★★★★ “A purposeful, poignant pictures of loss.” Total Film
★★★★ “Eye-opening… There has never been a more significant time to screen The Street” The Upcoming