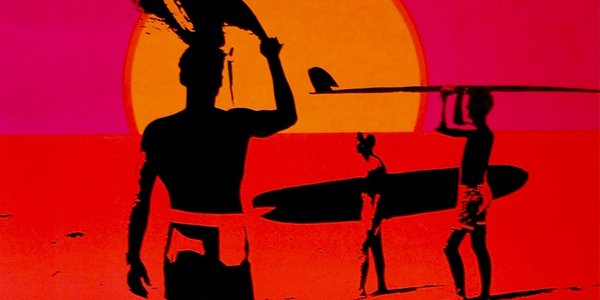 The Endless Summer with live soundtrack by The Rumble-O's

They call the flick 'the ultimate surfing adventure' and the band 'a minty surf instrumental power house'. Both join elemental forces in search of the perfect wave. Seat down and be whisked away by this cracking sound/flicker combo. A complete holistic mid-winter rejuvenation package.

From the uncharted waters of West Africa, to the shark-filled seas of Australia and beyond, this thrilling film captures two California surfers living the dream. Along the way, August and Hynson learn a lot about people around the world, and grow up a wee bit while they search for the elusive perfect wave. Director Bruce Brown created a fine looking, timeless much admired masterpiece. A film so powerful that it continues to capture the imagination of every new generation.

"Part surfing film, part travelogue, occasionally even anthropological study and wildlife film, ultimately it visually taps into the wanderlust that sends us to far-flung beaches in search of an escape from life that we can't find at home."

The all star band blend Joe Meek effects with the emotive twang of Hank Marvin and give a decidedly British spin on this quintessential American music form. Ripping and quirky re-workings of traditional surf guitar classics from Dick Dale and Link Wray cruise into songs made famous by Henry Mancini, Georges Bizet and The Sex Pistols.. Severn Delta Surf!