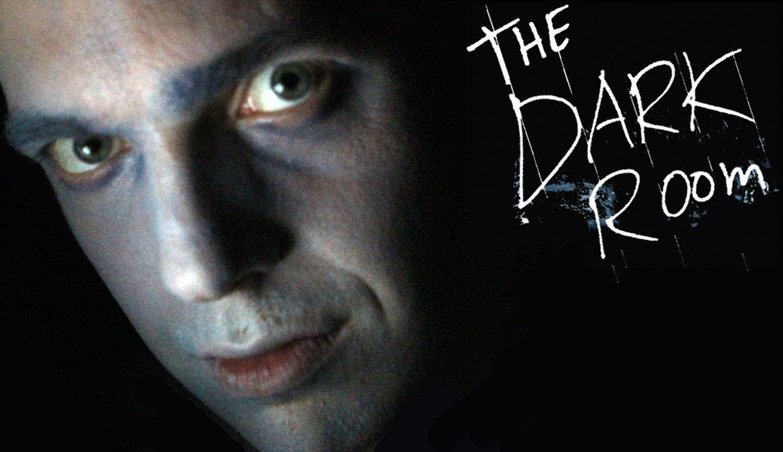 You awake to find yourself in...

The Dark Room is the world’s only live-action videogame, interactive and insane, this is improv comedy + retro gaming fused into a deranged rock n’ roll game show. Originally an interactive YouTube series, The Dark Room went viral in 2012, with 4,000,000 hits.

“This is the future of gaming” – Ron Gilbert, creator of The Secret of Monkey Island.

“I just want to punch this guy in the face!” – unnamed US News Anchor.

In August 2012, The Dark Room debuted at the Edinburgh Fringe, the world’s largest arts festival. Combining a screen, £5-worth of electronics, an innovative multimedia rig and John Robertson’s manic flair for improvisation and abuse, it was THE cult hit of the Fringe, creating an exhilarating, incredible world of fear, logic, nostalgia, blood, charm and terrible prizes. Since then, the show has grown into a touring production that’s been staged in basements, 3,000 seat theatres, gaming and sci-fi expos, Fringe and Comedy festivals and toured Europe and South-East Asia.

In 2014, it was streamed on Twitch for a one-off special, garnering 250,000 players over a four-hour marathon show. It’s the annual entertainment for Australia’s EB Games Expo, (the largest gaming event in the Southern Hemisphere) and is the floorshow for the 2015 UK Games Expo in Birmingham.

This is a live comedy you don't just watch… you play!

No two shows are the same. No other show is the same. This is THE DARK ROOM!

Tickets on sale now from SeeTickets.