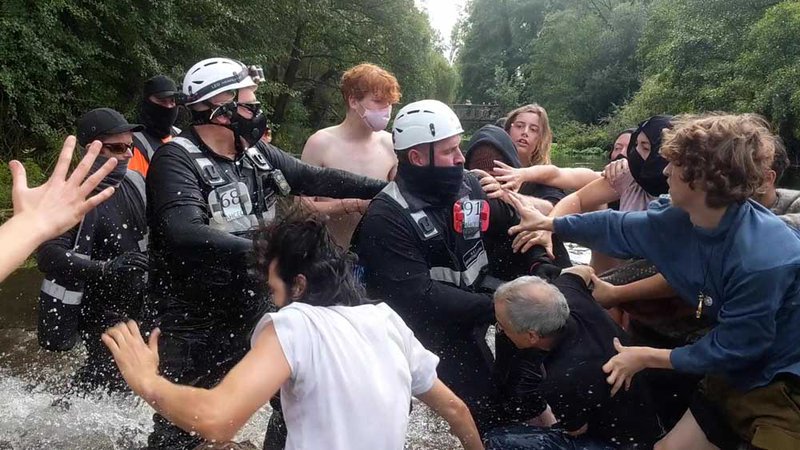 The Battle of Denham Ford

with discussion and Open Mic

Film by social and environmental activists.

As the Police, Crime and Sentencing Bill makes its way through the House of Lords, the Cube holds a special screening of activist documentary The Battle Of Denham Ford. The film, which won an award at this year's Sheffield Doc/Fest, documents a single day on the front line of environmental protest, in which the inhabitants of Denham Ford Protection Camp attempt to stop a single ash tree from being felled. Ranged against them are private security firms, the police and emergency services. The film acts as an unflinching witness to this raw and critical situation.

After the screening, a discussion will be led by protestors involved in the day of action, and will focus on the role of protest and the relationship between government, corporations and law enforcement.

The evening will turn to an open mic music session specifically protest-folk/grassroots sounds by local musicians - please feel free to participate, bring your instrument along.

Tickets: To make the event accessible, tickets are available on a sliding scale. If you would like to attend but can't afford the lowest level fee, please do email us to request a ticket. All proceeds from the event will be split between the Kill the Bill gofundme and a new FINT protection camp being set up on phase 2a of the HS2 line.

Film warning : Some scenes include violence, explicit language and nudity.