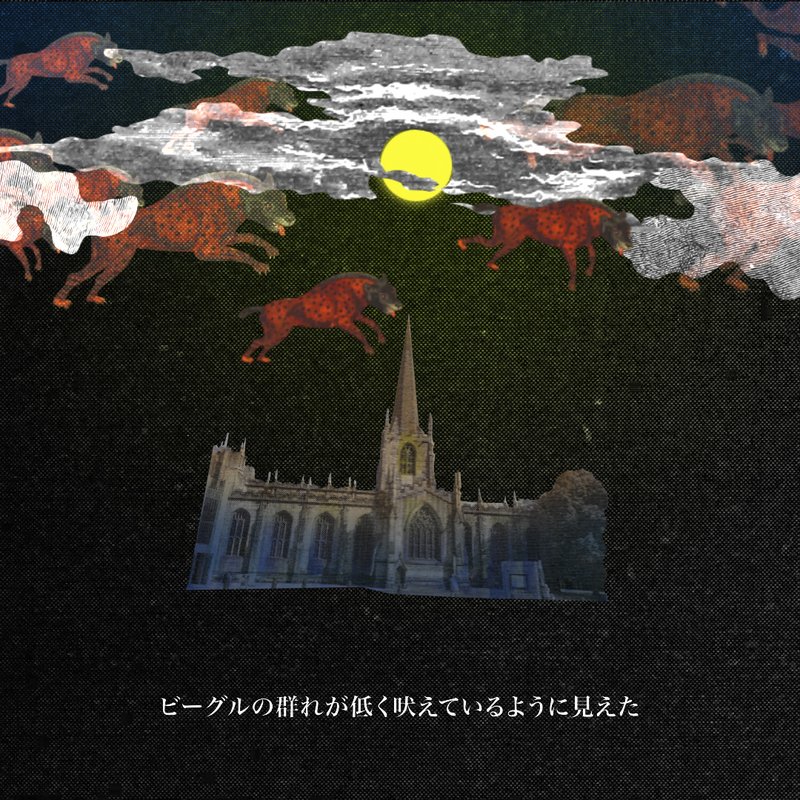 QWAK club is a carefully curated night from The Cube Microplex, bringing eclectic avant garde sounds (and on this occasion not-so avant garde), visuals and performance together with a fun and inclusive atmosphere. All ticket/door revenue goes to the artists and towards the upkeep of The Cube.

THAT LONG MOONLESS CHASE is a live mixed media animation by Japanese artist Noriko Okaku alongside music for electronics, recorded voices & baritone sax by Helen Papaioannou, with sound design work from Başar Ünder. The piece is based on folklore from Sheffield and Kyoto and is centred around two texts which Noriko & Helen looped between online translators in Japanese and English. The process of translating the tales back and forth between languages warped the stories into a bizarre new text which laid the foundation for our animation and music. Helen weaves recordings of the auto-translated texts, narrated by Noriko and David Clarke,  throughout the musical composition, and Noriko warps the text subtitles during the performance as their semantic associations are eroded.

The performance of THAT LONG MOONLESS CHASE was a stand out at Supernormal Festival last year, and this will be an absolute treat to behold in the Cube's intimate auditorium.

QWAK club is truly thrilled to have county Durham's YAKKA DOON performing their rare and 'oak-aged, starkfelt' folk songs in Bristol for the first time. Both 2019's album 'Strenouos Detour' and 2021's 'Rampant Optimism' demos (both feat. Phil Tyler) have had countless plays here at QWAK HQ over the last six months and we cannot wait to hear Claire perform her songs live. YAKKA DOON performances in the North have been garnering a lot of praise, with Richard Dawson being a fan having invited YAKKA DOON to support him at the Sage Gateshead.

SPEED ARCHER (I Am The Mighty Jungulator / Matthew Olden) is interested in the sounds and actions before and after the spoken event. He takes in television programs and films, and removes the actors voice,and leaves the pure presence. In this presentation Speed Archer has taken popular television favourites and reduces them to a flurry of non-verbal drama’s of hesitations, realisations, accusations and resignations.

DJs before, between and after the acts in the bar.

CONCESSIONS: For anyone who is currently unwaged or on a low-income