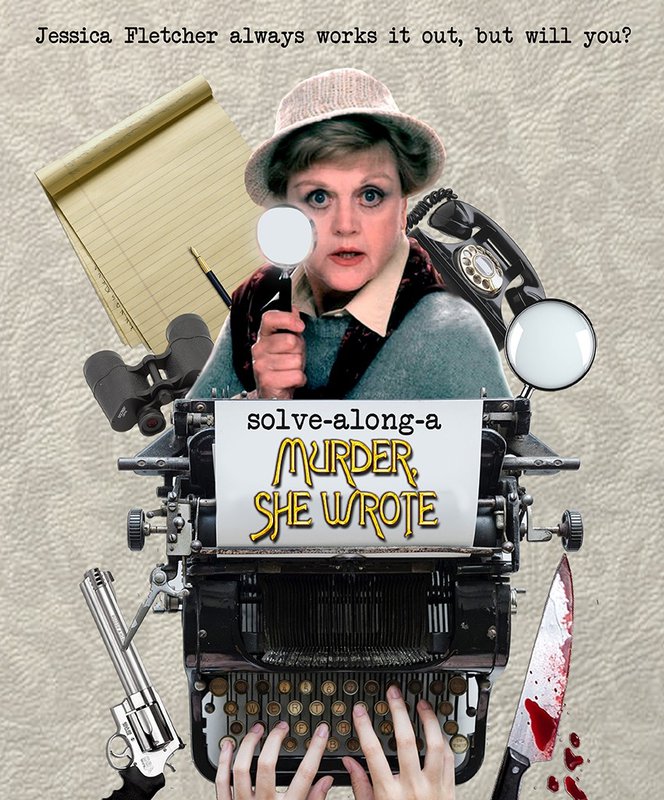 Solve-Along-A-Murder-She-Wrote: If It's Thursday, It Must Beverly

Pit your wits against JB Fletcher at an interactive screening of the classic Murder, She Wrote episode “If It's Thursday, It Must Be Beverly” at the Cube Cinema, Bristol.

Solve-Along-A-Murder-She-Wrote premièred at London’s Royal Vauxhall Tavern in August 2018 and has since played to sold-out houses, touring to Birmingham, Bristol, Brighton, the Sydney Cabaret Festival and the legendary Prince Charles Cinema in Leicester Square. One of Time Out London’s 50 Great Nights Out 2019.

Tim Benzie is a superfan of Murder, She Wrote, having watched the original series live when it was first broadcast, and now relishing the repeats on television everywhere.

Tim is an award-winning playwright and co-writer of the Royal Vauxhall Tavern 2017 and 2018 pantos ‘Goosed’ and ‘Rubbed’ and the upcoming 2019 panto ‘Slipped’. He is the co-producer of cabaret club night PopHorror with Paul Joseph and has starred in PopHorror immersive events “Horror Prom” and “Camp Friday 13th”.