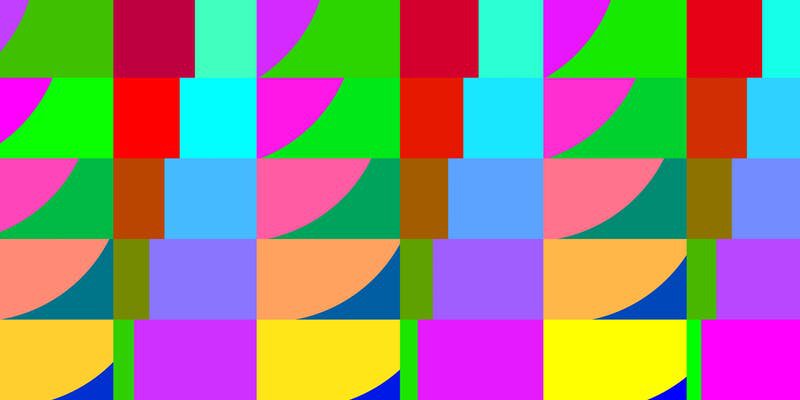 Simon Payne has been committed to making abstract cinema for twenty years. His videos are predominantly orientated around bold graphic forms and highly structured sequences that produce unexpected colour combinations and conflicting planes. Sometimes there are contingent elements that correspond with incidental indications of the artist’s hand, but his approach to cinema is primarily objective. The systems that underpin Simon Payne’s videos involve the entirety of the screen and every edge, while the effect of these systems often spill out of the screen, to illuminate the cinema in remarkable ways.

This programme, originally commissioned by Lightcone (Paris), also includes 16mm films by three friends and colleagues: Nicky Hamlyn, Neil Henderson and Jennifer Nightingale. Despite the difference in medium, several shared principles span their work. Each of them sees explicit processes and time-based structures as the essence of cinema.

The screening will be introduced by Simon Payne and is presented by Bristol Experimental Expanded Film (BEEF).