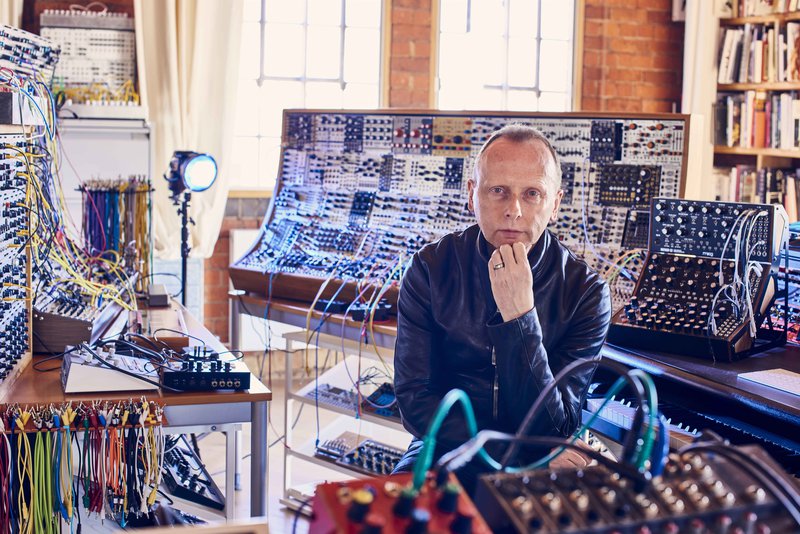 with support from Orphax

Scanner (British artist Robin Rimbaud) traverses the experimental terrain between sound and space connecting a bewilderingly diverse array of genres. Since 1991 he has been intensely active in sonic art, producing concerts, installations and recordings, the albums Mass Observation (1994), Delivery (1997), The Garden is Full of Metal (1998) and An Ascent (2020) hailed by critics as innovative and inspirational works of contemporary electronic music.

More unusual projects have included designing sound for the Philips Wake-Up Light (2009), the re-opening of the Stedelijk Museum, Amsterdam in 2012 and the Cisco telephone system used in many offices around the world.

His work Salles des Departs is permanently installed in a working morgue in Paris whilst Vex, the residential house by Chance de Silva architects, featuring his permanent soundtrack, won the RIBA London Award 2018.

Amsterdam based musician and trained drummer Sietse van Erve (Orphax) was introduced to electronic music in the early nineties. After playing around with tracker software for a couple of years, he eventually recorded his first more serious attempts of music with beats and melodies in 1998, though soon lost interest in both these.
He started researching new sounds and new ways of working – always with an organic touch, often incorporating sounds that would be regarded by others as errors or mistakes. Considering life isn’t without errors either. During this search, he found his way into drone and microtonal music. As a result in his most recent work, time and spatiality become more important factors. The goal of the music is for the listener to lose the sense of time and place.
Live this is combined with room for improvisation. This way of working results often in an organic form of drone and minimal music.

He has released over 50 releases, as Download, CD-R, Tapes, CD’s and Vinyl, on various labels, as well as self-released online since he started working on music. This includes collaborations with Machinefabriek and Martijn Comes. Furthermore, he contributed to many remix projects including work for Kenneth Kirschner, Sontag Shogun, Martijn Comes, TVO and Chris Dooks among others.