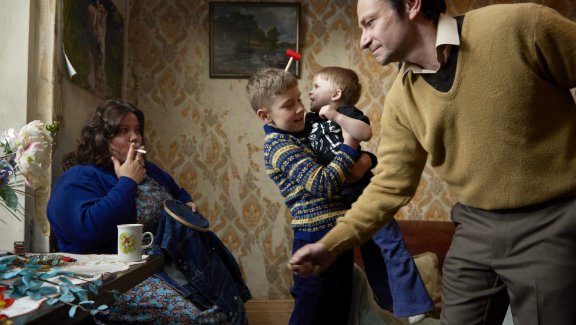 On the outskirts of Birmingham and the margins of society, the Billingham family perform extreme rituals and break cultural taboos as they muddle through a life decided by factors beyond their control.

Turner Prize-nominated and Deutsche Börse Prize-winning artist, Richard Billingham, returns to the striking photographs of his family during Thatcher-era Britain. The film is based on Billingham’s memories, focussing on his parents Ray and Liz, their relationship, and its impact on Richard and his younger brother Jason.