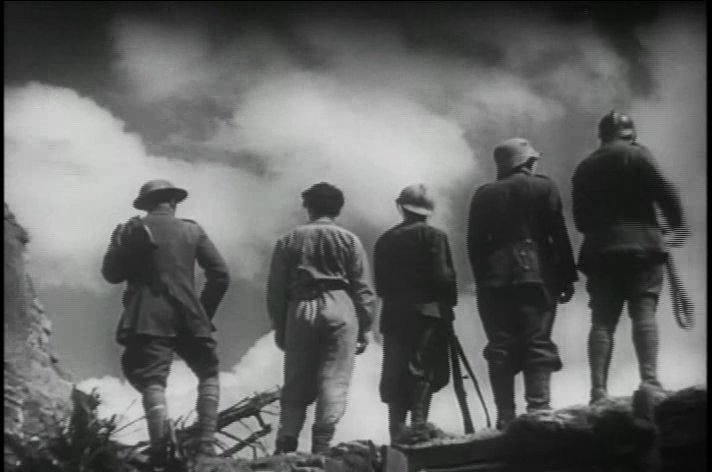 During World War One, five soldiers from different nations end up together amongst ruins in no man’s land and decide to stick together. Shot in 1931, this is the first international ‘talkie’, with music by Hans Eisler, the composer of “The Threepenny Opera”.

One of its main characters was played by Lewis Douglas, a black American actor, and this made the film especially hateful to Nazi propagandist Joseph Goebbels who ordered every copy of the film to be destroyed.

But one survived, hence the screening at the Cube on November 5th. It will be presented by the Bristol Remember the Real World War One Group and introduced by film historian Humberto Perez-Blanco.