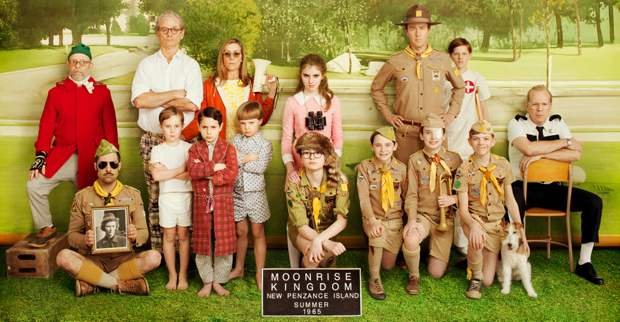 The Cube gives you keys to Wes's kingdowm once more - a macro hit at the microplex back in 2012.

Set off the coast of New England in 1965, Moonrise Kingdom tells the story of two twelve-year-olds who fall in love and make a secret pact together to run away into the wilderness. As a violent storm begins to brew off-shore, the quiet island community is turned upside down as various parties including the town's sheriff (Bruce Willis), a scout troop leader (Edward Norton) and the girl's parents (Bill Murray and Frances McDormand) attempt to find the young lovers. Shot on Super 16mm, this sublime ode to young love is brought to life by Anderson's typically meticulous compositions and a newfound emotional ache.