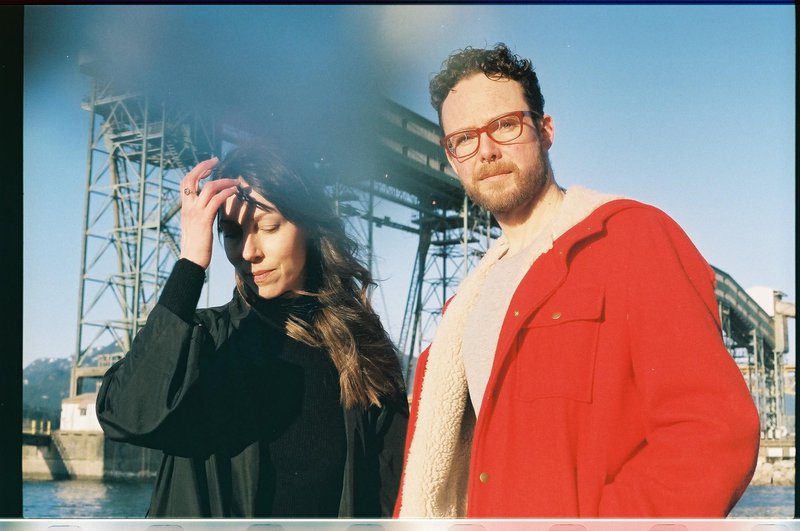 The highly acclaimed singer/composer Ian William Craig and newcomer Missy Donaldson are behind one of the best new albums of 2019 - 'The Heavy Steps of Dreaming'. The duo weave classic songwriting and male/female vocal lines with with intimate contemporary effects and production. An amalgamation of synths, guitar, modified tape decks, and bass fashion deeply felt songs that can be delightfully layered yet resolutely centre-stage with song craft.

“Fans of Low, Grouper and Jeff Buckley will definitely gravitate towards the sounds of Minor Pieces.” Northern Transmissions

“puts ambient music, dream pop, and operatic vocals in a blender and comes out with something that’s very unique and very enjoyable to listen to.” Brooklyn Vegan

Opening the show is the ideal sound-world, one created by Shida Shahabi, a Swedish-Iranian pianist / composer, whose debt album 'Shifts' on the 130701 label is a beautifully spacious, deft and melodic suite. She captures a sound where wood and string creaks and micro-noises are welcomed. Her music also has an emotional intimacy, delicate and romantic but natural and observed.

The Vancouver-based Minor Pieces duo is a stunning new singer-songwriter partnership retaining the textural play and decay of Ian’s solo material but instead channelling it squarely into the domain of widescreen, hair raising and emotional songwriting. The duo sound at once familiarly earthy and other worldly. They forge music with a hyper-modernity that can see them put alongside contemporaries like Anohni, Julia Kent and Bon Iver they also have that timeless quality some Crosby, Nash and Stills, a little Mazzy Star or even Gillan Welch.

"an almost alchemical fusion of the human and the otherworldly... [like] Low backed by William Basinski... it is music apparently channelled from an exotic, opiated reverie" - MOJO

"a major force in the universe... an awe-inspiring debut from a pair of otherworldly voices.” - Exclaim

An award-winning printmaker and classically-trained vocalist, Ian’s musical credentials are increasingly known, having released ten full lengths since 2011 and received widespread critical praise for his solo work. Curiously unreleased as an artist up to now, Missy grew up around music, studying it and making a career within it. Missy works as a certified music therapist in hospitals and long-term care facilities, helping both the elderly and adults with mental health issues. She also facilitates a Lullaby Project, working with single mothers to help them write and record their own personal lullabies so they can connect and bond with their young ones. Both residents of Vancouver since 2009, the pair first met when Ian attended a house show in 2013 at which Missy was playing a solo set. They were introduced via mutual friends shortly thereafter. Minor Pieces played their first show at Hidden City Records in Vancouver on March 2017. Mobile phone footage of one of those early shows was enough to convince FatCat to sign the duo.