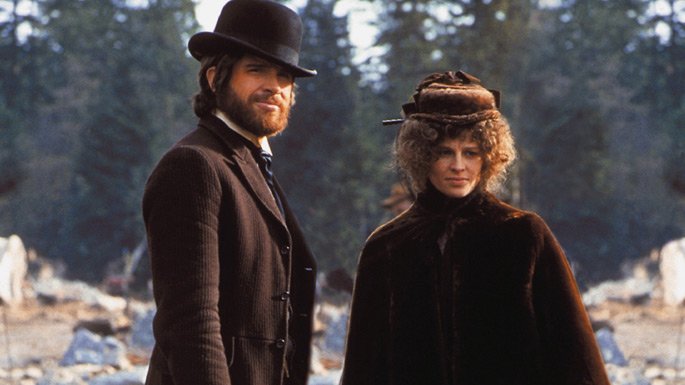 John McCabe (Warren Beatty), an enigmatic gambler with a reputation as a deadly gunslinger, arrives in a small mining town in the Pacific Northwest and sets about making it his own by opening a brothel with his winnings. Also new to town is streetwise professional madam Constance Miller (Julie Christie), and the pair enter into a profitable business partnership. However this, and their nascent romance, come to be threatened when a large mining corporation sets its sights on the town’s resources, and are unafraid to resort to violent measures rather than take ‘no’ for an answer.

What could have been a straight-laced Western was anything but in the hands of director Robert Altman who, as with M*A*S*H and The Long Goodbye, stood a familiar genre on its head in order to deconstruct the mythologies of American culture. With its hauntingly beautiful cinematography by the legendary Vilmos Zsigmond and its striking use of Leonard Cohen songs on its soundtrack, McCabe & Mrs. Miller remains a singularly unorthodox revisionist Western and is one of the greatest films of the 1970s.