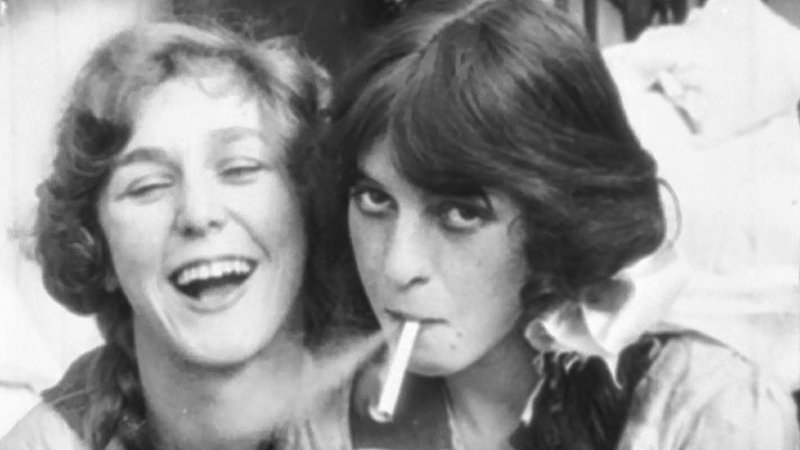 Suffragette leader Emmeline Pankhurst’s legendary speech of November 1913 reflected the energetic and determined tactics of suffragette women. The key tactic of the suffragettes’ campaign was to ‘make more noise’. That meant standing up at public meetings, in music halls and theatres, scrawling ‘votes for women’ over census papers, demonstrating on the streets and disrupting elections. It also applied to film – cinema was born just as the campaign was gathering momentum – and over the following years the suffragettes made it their business to get in front of the cameras! This fascinating compilation of 21 short films – with a specially commissioned accompaniment by Lillian Henley – combines contemporary newsreels with anarchic early comedies that reveal as much about young women’s aspirations as does the reportage. Some offer grotesque parodies of female militants (often played by men in drag), but others feature unruly girl children, like the Tilly girls, who wreak havoc and still have the last laugh.

“What I like most about this selection is the combination of films showing the serious business of campaigning for the vote – the real women who did it – with these joyful comedies which are about unrestrained girl power. Comedy was a test bed for all possible outcomes of female emancipation – they visualised the inconceivable.”