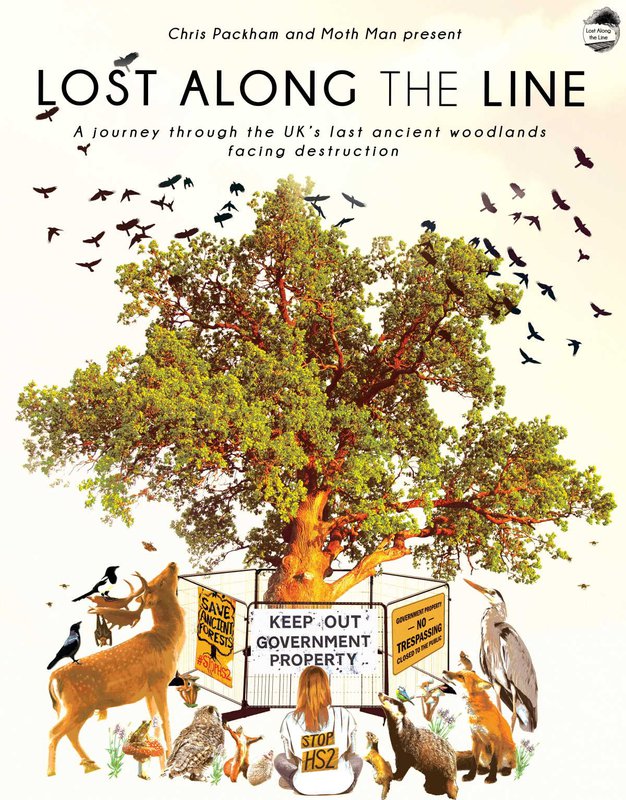 Lost Along the Line

Over the course of 12 months Benjamin Ward (writer and editor) and Jimmy Cape (director and DoP) have self-produced the 45 minute wildlife and activism documentary: Lost Along the Line.

They travel down the line of construction of the taxpayer-funded High Speed 2 Rail (HS2) in the UK, and take an honest look at the state of nature - in particular ancient woodland. The film is brimming with rare wildlife encounters, shocking footage of habitat destruction and meetings with dedicated woodland protectors (including Chris Packham) who are fighting for the forests’ survival.

This whole project has been produced with zero-budget - all with the aim to question whether the UK’s wildlife protection laws are being broken, and to encourage people to reconnect with our precious natural spaces.

Please join the filmmakers and activists for a screening and Q+A at the cube. This film is example of how radical DIY documentary film-making can be used as a tool to effect change. Additionally, it provide a window into what can be achieved with direct action activism in the fight against ecocide, so hopefully will act as a launch pad for many interesting conversations and future actions