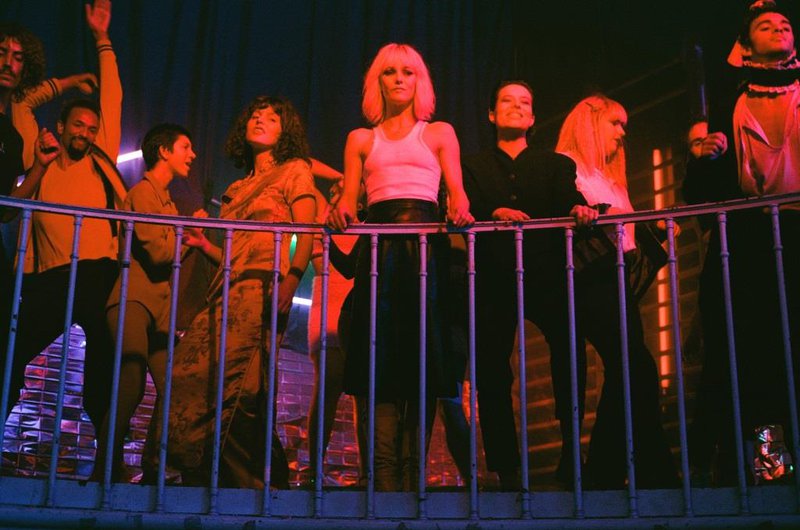 Plus Yann Gonzalez's first short film BY THE KISS

Vanessa Paradis stars in this neon-soaked vintage slasher pastiche from Yann Gonzalez (You and the Night), soundtracked by a thrumming original retro-electro score by M83.

Paris, 1979. Anne (Vanessa Paradis) is a veteran gay porn producer, damaged by a lifetime of alcoholism and a recent messy break-up with her editor Loïs (Kate Moran). When one of the stars of Anne’s latest productions is savagely murdered, the shoot is thrown into turmoil. Obsessive and undeterred, she pushes ahead with the film, with the help of her loyal assistant Archibald (Nicolas Maury). But the murderer strikes again, savagely picking off her cast and crew one by one. Finally, Anne comes to realise that she is the only one who can stop the killer from destroying everything she loves.

Shot entirely on 35mm and 16mm, this is a deliciously kitsch and unapologetically queer throwback to giallo movies. A unique and tongue-in-cheek story of sex, death and obsession, it’s dirty, provocative and a whole lot of fun.

Knife + Heart will be preceded by Gonzalez's debut short film BY THE KISS (2006, France, 5 mins) - an intoxicating, brief affair featuring KNIFE + HEART's Kate Moran and soundtracked by M83. Presented by Encounters Film Festival where a number of Gonzalez's short films have screened starting with BY THE KISS in 2006.

This screening is part of Film Feels: Obsession, a UK-wide cinema season, supported by the National Lottery and BFI Film Audience Network. Explore all films and events at www.filmfeels.co.uk