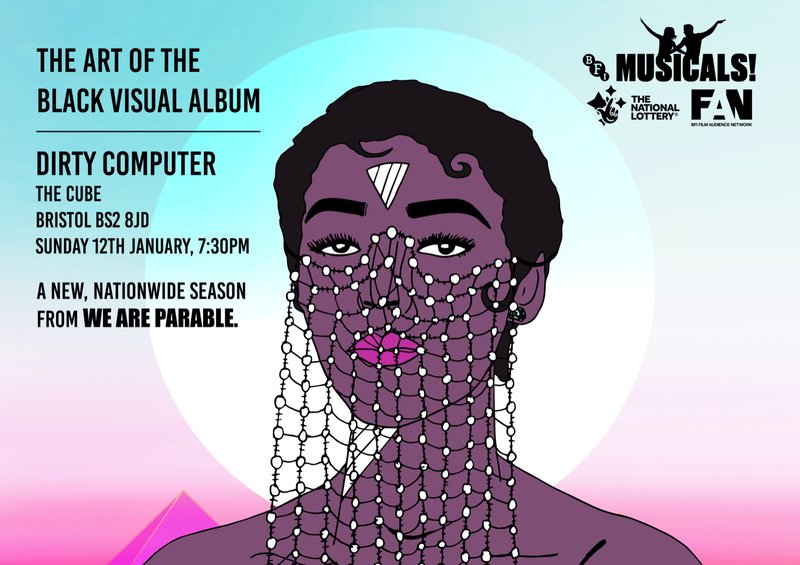 We Are Parable present

The Art of the Black Visual Album

Starring Monae and “Avengers:Infinity War” actor Tessa Thompson, this dazzling visualisation of the phenomenal Janelle Monae’s concept album “Dirty Computer" (2018) takes us to the future where our protagonist is having her mind sterilised, but not before we’re taken through her memories, which are represented as each song on her album of the same name.

Monae third album has drawn comparisons with Beyoncé’s Lemonade and Kendrick Lamar’s To Pimp a Butterfly. Prince (See Satirday's visual album “Purple Rain”)was her mentor and even worked on collecting sounds for this unique coming-out record by a black, pansexual person. It also works a state-of-the-nation discourse on identity in the USA.

Monae calls the album an “emotion picture,” taking us through an honest and striking story, “of a young woman names Jane 57821 (Monae), who is living in a totalitarian near-future society where citizens are referred to as computers.” Compelling viewing on the big screen.

We will also present a listening session of the Grammy nominated album after the screening of the film.

See Saturday 11th Jan for We Are Parable presenting a special screening of Prince's visual album “Purple Rain”. You can buy a ticket for both nights for £7.50