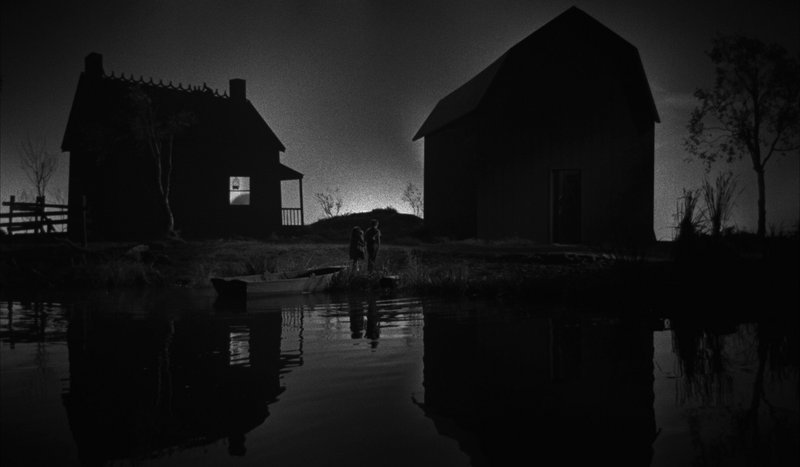 The Night of the Hunter

A tall, handsome 'preacher' - his knuckles eerily tattooed with 'love' and 'hate' - roams the countryside, spreading the gospel... and leaving a trail of murdered women in his wake. To Reverend Harry Powell (Robert Mitchum), the work of the Lord has more to do with condemning souls than saving them, especially when his own interests are involved. Now his sights are set on $10,000 - and two little children are the only ones who know where it is. 'Chill...dren!' the preacher croons to the terrified boy and girl hiding in the cold, dark cellar... innocent young lambs who refuse to be led astray.

A finely acted, imaginatively directed chiller with brooding power, 'The Night Of The Hunter' stars Mitchum in the most daring and critically acclaimed performance of his career. Spellbinding, ominous, and hauntingly suspenseful, this extraordinary film noir classic remains one of the most frightening movies ever made.

"Every shot is a masterclass in contrast" ★★★★★ Time Out