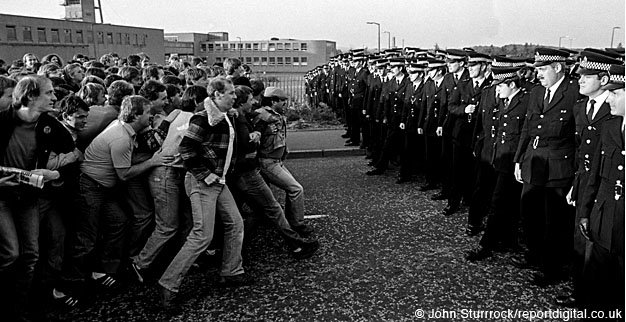 Still the Enemy Within

with introduction and Q&A

Still The Enemy Within is brand new Award-Winning documentary that gives a unique insight into one of history’s most dramatic events: the 1984-85 British Miners’ Strike. No experts. No politicians.

Thirty years on, this is the raw emotional story of those who drove Britain’s longest strike. The film weaves stunningly edited archive footage of the strike and never-before-seen interviews with the real key players of the strike: the miners themselves. Accompanied by a soulful, timely soundtrack, Still The Enemy Within brought audiences to tears with a two-minute standing ovation at the Sheffield Documentary Festival, where it won the festival’s prestigious Audience Award.

Still The Enemy Within is ultimately a universal tale of ordinary people standing up for what they believe in. It challenges us to look again at our past so that in the words of one miner, “we can still seek to do something about the future”.

We are pleased to welcome Professor Jon Dovey, director of REACT from UWE, who will introduce the screening. Jon will also host a Q&A after the film along with with the film's producer Sinead Kirwan.

*Advance tickets have now sold out for this screening. There are a few left to be sold on the door on a first come first served basis. We have added an extra screening on Monday 20th.

Lovingly made, beautifully shot and wonderfully sound-tracked by the likes of The Specials and The Meko ★★★★ Time Out

As gripping as any thriller ★★★★ Guardian

Advance tickets have sold out for this event. There are 15 tickets held back to be sold from the box office when the doors open 30 mins before the film starts.