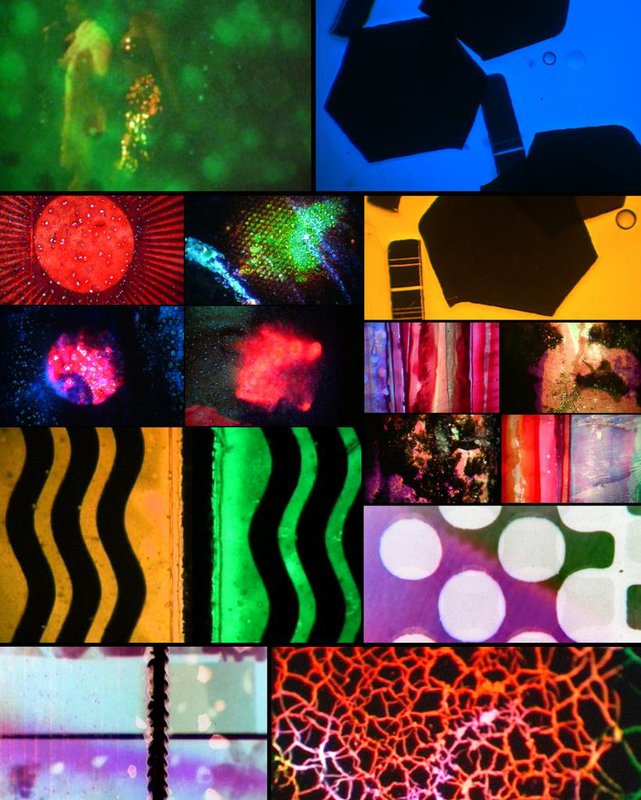 Working for the last 30 years at home in Brighton, Helliwell has produced one of the largest bodies of films in the world to feature electronic music soundtracks. 2021 has seen two notable landmarks in his output - the completion of his 150th short film, and the republication in a new edition of his electronic music book Tape Leaders. To mark these personal milestones he has assembled a programme of his shorts especially for the Cube - a career retrospective from the 1990s to the present, highlighting his independent work with experimental film and electronic music. His soundtracks are uniquely made with his self-built Hellitronic instruments and magnetic tape loops, and Ian will be present to discuss his approach to 'creative soldering', as well as his years of research for Tape Leaders. He will also screen a brand new work - 150 Films - a compressed version of his filmmaking to date.

A self-taught multi-media artist, Ian Helliwell works in music, film, animation, analogue electronics, instrument building, collage, installations, live performance, light show projection, graphic design, writing and film programming. With his ‘creative soldering’ approach, he has designed and built a unique range of electronic tone generating machines - Hellitrons and Hellisizers - which he uses to compose and record his music. He has a particular interest in abstract animation, world’s fairs and electronic music, and in 2011 he completed his first feature length documentary film Practical Electronica, looking at tape pioneer FC Judd. His book Tape Leaders - A Compendium of Early British Electronic Music Composers was first published in 2016, and he released Project Symbiosis, in 2019, a compilation CD based on an archive electronic music graphic score. Since 2008 he has been making the Tone Generation, an audio series in which he researches and discusses early electronic music recordings drawn mainly from his own collection.