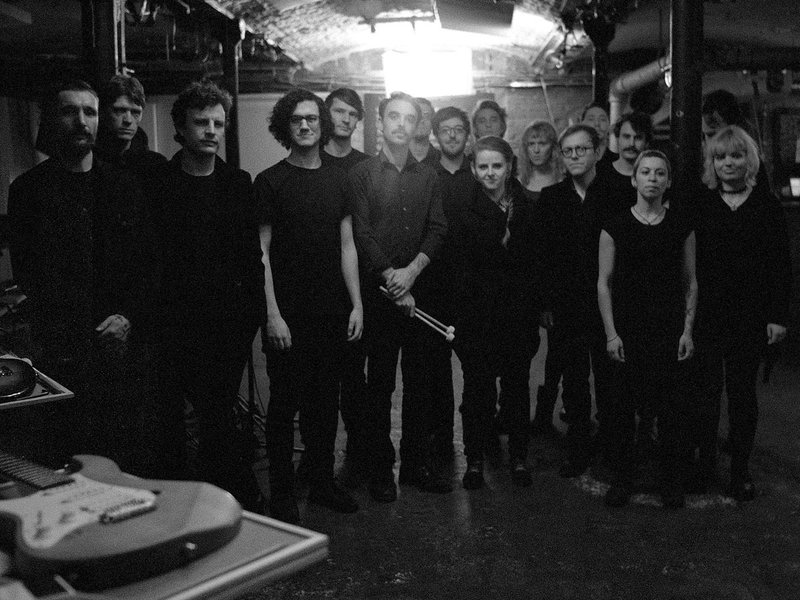 For those who lament the death of guitar music, let Ex Easter Island Head point you in the direction of a beatific future. Featuring waves of mallet-beaten guitar overtone nirvana, pulsating phasing chatters of acousmatic byrdsong, whatever is happening it is always sublime – if you're not a fan already you most certainly will be after this...

Critically acclaimed Ex-Easter Island Head are a UK collective who incorporate multiple prepared electric guitars, percussion and other instruments to explore interplay, repetition and melodic intervention. The group’s live performances have been praised for their hypnotic energy, compositional flair and unique spectacle.

Salford Large Electric Ensemble comprises performers drawn from all corners of the thriving Manchester and Salford underground to present an ambitiously scaled work for eighteen prepared electric guitars and percussion.

Utilising a self-developed language of extended techniques and mechanical preparations, graphic notation and aleatory procedures the piece sees the groups’ shimmering electrified minimalism expanded to a bold new scale, encompassing members of Gnod, ILL, Action Beat, Mother and tapping into the vast resources of talent at Salford’s Islington Mill and on the Manchester-based Tombed Visions label.

Over the past 10 years John has performed around the UK & Europe with various projects. He has also presented work for live radio broadcasts, and soundtracks to short films.