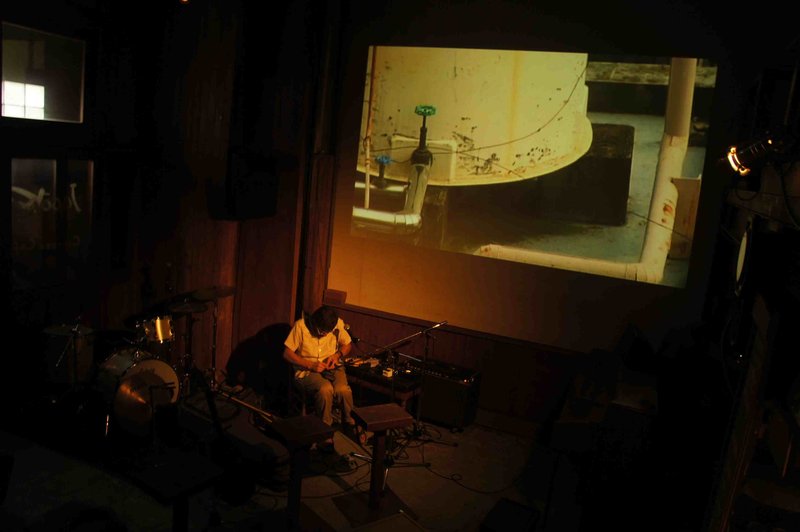 The culmination of a 10 day playthecube residency at Bristol's Cube Cinema, musician/artist Eric Chenaux (Constellation) and esteemed Canadian film-maker and writer Eric Cazdyn will construct a brand new show based on research conducted and visual/audio artefacts created during their time in Bristol, predominantly at The Cube.

This brand new performance will develop the main question pursued in earlier music-image collaborations between Chenaux and Cazdyn: how to make music-video in which neither sound nor image are reduced to the other, in which each component could delicately―however impossibly―retain their autonomy and give themselves over to something else (a classic aesthetic-political desire if ever there was one).

This exciting site specific composition ups the ante by adding two more components: written text and live sound-image design. The show, which will utilise the whole Cube Cinema venue blurring the lines between public and private/staff space, has five lines creating the content:

Each line will be treated as an instrument, which is to say, treated like a line, to be played in accordance with the overall composition.

Over the course of the performance, each line―twisting, straightening, failing…stopping and starting as if drawn by a broken seismograph―moves alone and together, generating an uncanny chamber in which a future can be felt. Although each line has an internal integrity that continues for the course of the performance, what is revealed of each line, and of the project as a whole, is generated by the contingencies of the live event.

This is the fourth in the playthecube series and the longest residency yet, following the visits of Luke Fowler & Richard Youngs, Liz Harris (Grouper) and Heatsick.

Three links to previous works created by the pair: