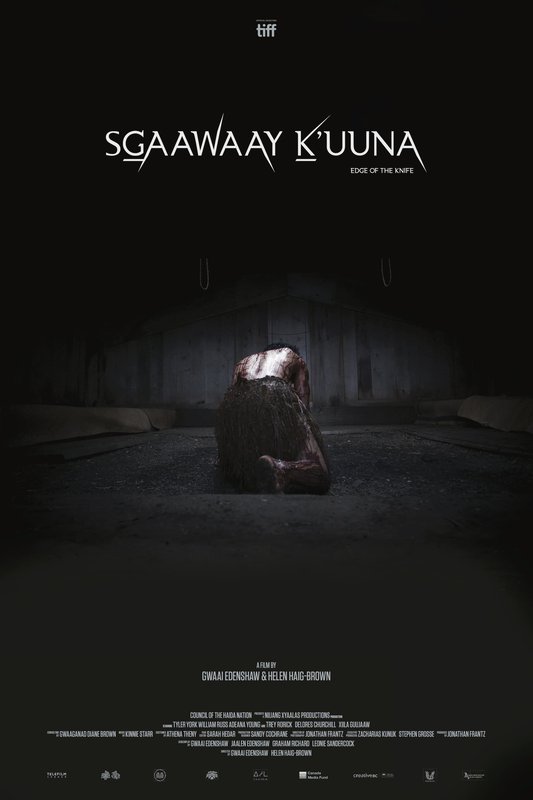 Edge of the Knife

Q & A with director, Gwaai Edenshaw

Q & A after the film with director, Gwaii Edenshaw, and Jo Prince (director of Rainmaker Gallery, Bristol)

EDGE OF THE KNIFE SGaawaay K’uuna (Gwaii Edenshaw & Helen Haig-Brown, 2018 / 100 mins / In Haida with English subs) In a 19th-century summer, two large families gather for their annual fishing retreat on the far-removed island of Haida Gwaii. Adiits’ii, a charming nobleman, accidentally causes the death of his best friend Kwa’s son and, guilt-stricken, exiles himself to the wilderness where he becomes Gaagiixid, the supernatural wildman of Haida mythology.

Arriving more than a century after British Columbia's first-ever feature film, In the Land of the Head Hunters — Edward S. Curtis' controversial historical drama involving the Kwakwaka'wakw people of northern Vancouver Island — Edge of the Knife is the first feature to tell a story about the Kwakwaka'wakw's neighbours the Haida. First Nations directors Gwaai Edenshaw and Helen Haig-Brown's film is set during the 19th century, shot on Haida Gwaii and is the first feature performed entirely in the Haida language. The film is a community initiative with strong support from the Haida people, as well as from the Council of the Haida Nation.

“What really sticks is the reconstructed slices of everyday life, with woven clothes and sleek carvings appearing strikingly modern in this arboreal context.” (The Georgia Straight)

“The preservation act challenges the cast to wrap their tongues around words they don’t know. But their emotional performances overcome in a film stacked with stunning imagery, where the natural and mythical get tangled.” (NOW Toronto)

“As mythic as EDGE OF THE KNIFE can be, it never fails to exist on a basic human scale, where every life is sacred and no one is beyond redemption.” (Cinema Scope)

“Both visceral and austere, yet with unexpected dashes of comedy and melodrama, EDGE OF THE KNIFE may be a significant landmark in the short history of Canadian Indigenous film, but it’s also a shit-kicker for a Friday night at the flicks.” (TIFF)