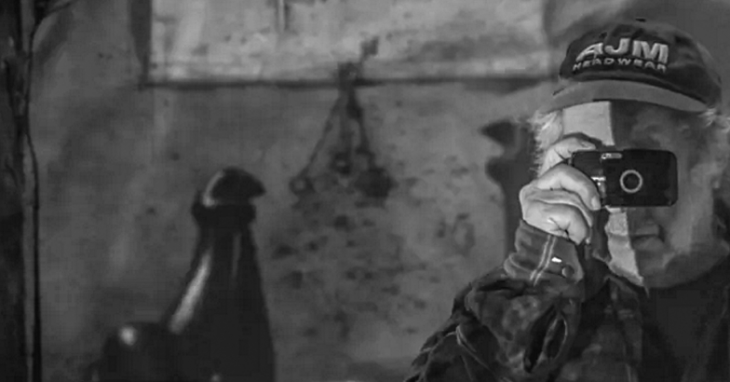 This riotous documentary about legendary American photographer Robert Frank goes far beyond the traditional bio-doc. It takes an impassioned look at Frank’s creative process, starting with The Americans – the book that revolutionised photojournalism – before moving back and forth into his career, from his involvement with the Beat Generation, The Rolling Stones and 1960s counter culture, to his lesser-known career in film making and relationships with his wife, the artist June Leaf, and their children.

Director Laura Israel has been working as Frank’s editor for nearly 20 years and their long-standing friendship, and her remarkable editing skills, make this a unique, compelling and creatively rich documentary. Combining stunning monochrome imagery, footage of Frank’s film works, snapshots of the artist talking about his career and a banging rock soundtrack, Don’t Blink – Robert Frank is an exhilarating ride in the company of one of the most provocative, restless and irreverent photographers of this or any other time. (Laure Bonville)

"Open hearted and surprisingly funny … Frank is delightful company, as emotionally transparent and offhandedly insightful in person as he is as his art." – Slant

“Great films about photographers are hard to come by. Perhaps it’s something about the nature of the medium that makes it hard to translate into moving images. (Could it be that photography depends on a lack of context, and that film provides too much?) Laura Israel’s film is a great film and admirably succeeds in providing context not just for many of Frank’s photographs but for his films, as well. And in its own crazy and capricious way perfectly captures the crazy and capricious nature of Frank’s art. I loved it.” — Errol Morris