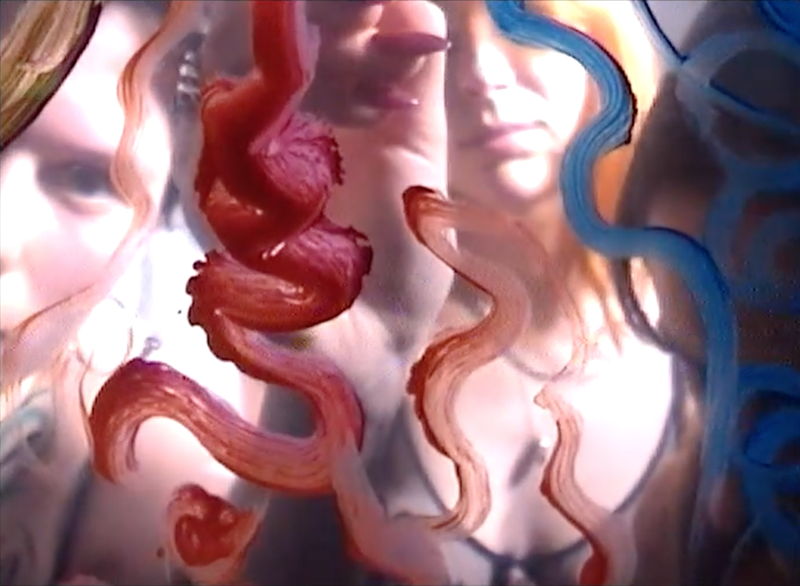 including a programme of Derek Jarman's Super 8 shorts

Films in the programme are:

Filmed in and around Jarman’s studio (now demolished) on the Thames at Bankside, London SE1 and featuring various friends, this is Jarman’s first film. Edited in camera it is in two parts, a colour section filmed inside the studio and a black and white section filmed in the area around the studio, the reels spliced together to make one continuous film. The soundtrack by Coil was added later in 2005.

Filmed through a yellow filter and edited in camera, this film – an exploration of the landscape and great stone circle at Avebury – exists in a longer and a shorter version. The shortening was accomplished by cutting out a long travelling sequence that takes up the first half of the original film. This version, preferred by Jarman, has a later soundtrack composed by Coil.

Christopher Hobbs and Gerald Incandela feature in this narrative short filmed in a bed sitting room in Islington and in the empty space next to the Butler’s Wharf warehouse on the Thames that became Jarman’s “back lot” used in many of the films. Costumes and props by Christopher Hobbs. The music, by Cyclobe, was composed for and originally performed at Meltdown, London, 2012.

Along with In the Shadow of the Sun, this film is the culmination of a series of works collectively titled Art of Mirrors. Filmed in and around Butler’s Wharf, Sulphur features performances by Gerald Incandela, Graham Dowie, Christopher Hobbs, Derek Jarman, Luciana Martinez and Kevin Whitney. As with Tarot, the music, by Cyclobe, was composed for Meltdown in 2012.

A film by Derek Jarman and Guy Ford recording life in Anthony Harwood’s Sloan Square apartment, where Jarman lived during the period that he made Sebastiane. Long sequences in stop frame pixilation animate the interior. The middle part is a “removal party” held when Jarman was finally evicted. Anarchy rules. Featuring Alasdair McGaw and Graham Cracker amongst others. The soundtrack, Simon Fisher Turner’s first, was composed in 1984 for a series of screenings at the ICA in London.

Filmed in Sardinia during a break in the shooting of Sebastiane. Jarman points his camera into a sheet of Mylar, which acts as a partial mirror. Made in a single take, Sebastian Wrap is typical of the style of filming that Jarman adopted in this period and marks a shift from costume and set to a more freeform hand-held approach.

One of the last films that Jarman shot and edited on Super 8, this work was filmed at a rehearsal for a RADA student performance of Samuel Beckett’s Waiting for Godot. Jarman restricts his filming to a monitor screen that was part of the in-house recording of the play. Although he utilises a slow filming speed and the image is somewhat obscured and blurred, it is still recognisable as Beckett’s play. This hybridisation of film and video would mark Jarman’s work of the period in such films as Imagining October and The Last of England.

The Angel in the Stone by Elias Mendel

Epiphanies of an Anchoress by Juan Gabriel Gutiérrez

Sketches from lockdown that Jarman might have liked by Matt Hulse

The Single Most Exquisite Moment of her Life by Charlotte Matheson

Visitors will be asked to show text or email confirmation of a negative lateral flow or PCR test that has been conducted in the last 24 hours. Physical tests will not be accepted.