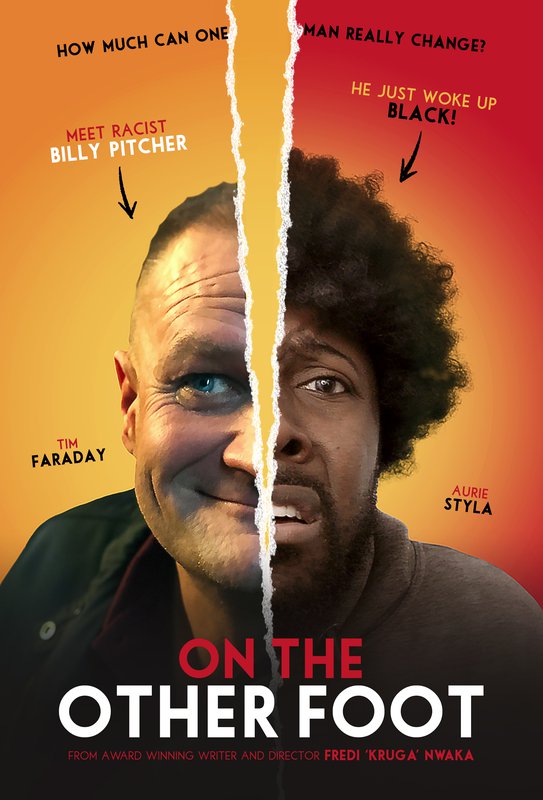 Bristol Premiere. In partnership with DET Entertainment and Life 2020

Cables & Cameras presents: On The Other Foot

Join Cables & Cameras with DET Entertainment and Life 2020 who are presenting the brand new UK feature film On The Other Foot.

Its SOLD OUT now and there will not be tickets on the door. See you next year for more Cables & Cameras.

A highly recommended comedy about humanity and real life in the UK, although contemporary events globally echo and chime profoundly in this smart but lighthearted story. In the light of the recent happenings around the world, the film, which is set in London, cleverly discusses race in it's comedic narrative. On The Other Foot tells the story of London cab diver Billy Pitcher, an out-and-out racist who's suddenly forced to re-examine his views in dramatic fashion.

Recent times have highlighted racial disparities and brought to light the differences that are deeply entrenched within many societies. The film focuses on some of the underlying tones experienced globally on a daily basis by people of colour but it's done in a way so as not to offend the viewer, the film's emphasis is to be educational and captivating. The story was written, directed and produced by award winning Fredi Nwaka , Executive producers, Cham Joof and Grayson McRae, and the third film from Fredi Nwaka's Production house Are We Dead Yet Ltd.

It has been a difficult few years for the community and we would like to put a smile back on everyone’s face by watching this lighthearted comedy.

This event will be the last screening of the 2021 for C+C, so we like your support and voices to be at this screening.

We would like to say thank you for the audience and funders for supporting Cables & Cameras in 2021. And 2022 will be a productive year and we would encourage you to keep supporting more POC filmmakers and creatives.

Look out for a Q+A with Fredi Nwaka the award winning director, producer and writer after the film. Hosted by Michael Jenkins from Blak Wave Productions.

In partnership with DET Entertainment and Life 2020

You can find out more about Fredi Nwaka and the film by visiting www.fredinwaka.co.uk
https://www.ontheotherfootmovie.com/