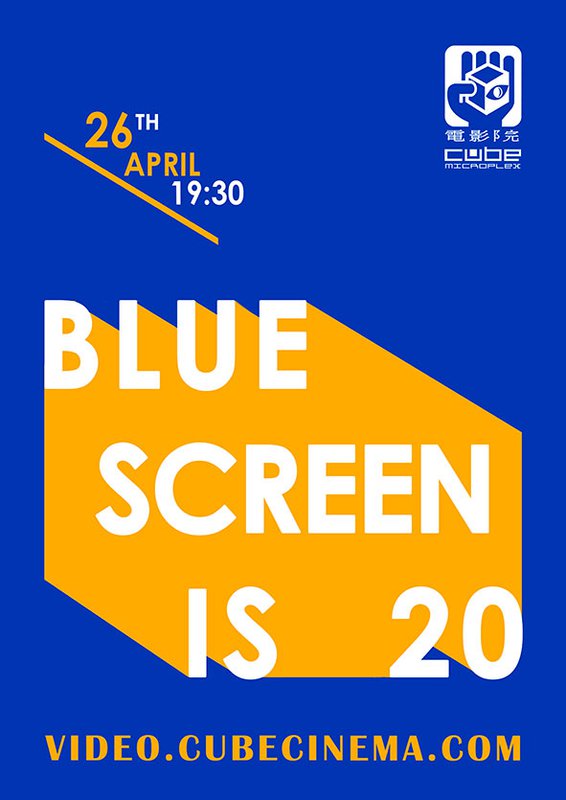 26.04.01 The Blue Screen held its 1st Short Film Night at the Cube, evolving from past film jams & experimental screen events held at the Cube, a space for local filmmakers to show their films to an actual audience.

A little while later the name was shortened to Bluescreen and 20 years later Bluescreen continues with the same ethos of the early days... and currently screening/streaming films via Cube TV as Bluescreen:Bluestream.

Join us tonight and take a trip into Bluescreens murky cinematic and jubilant past, as we dig out some of the fine Films we have had the pleasure to show at Bluescreen.

And of course thanks to everyone who has shown a films at Bluescreen/Bluestream over the past 20 years! We love you all!

Films to be screened will be announced on the day!