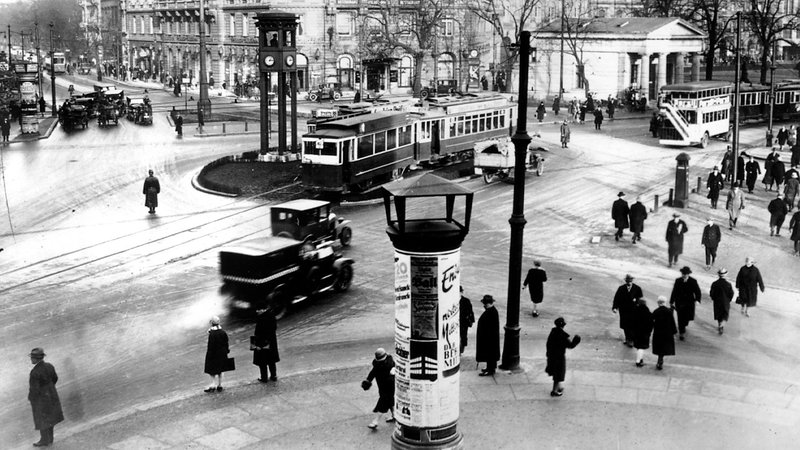 Berlin, Symphony of a City

This timeless love letter to 1920s Berlin is a visual feast for all who want to voyage into a city now lost.  This five-reel symphony begins at dawn and ends at midnight, showing Berliners hard at work by day and enjoying the city's boisterous nightlife.

Walter Ruttmann’s definitive ‘city symphony’ is a lyrical dawn to dusk portrait of Berlin during the Weimar Republic. Divided into five ‘movements’, Ruttmann uses montage and beguiling abstract images to capture the pulse and mood of the city in 1927. Capped with Karl Freund's exquisite camerawork, the film creates moments of poetry that have seldom been equalled on film.

This event is produced by South West Silents, an organisation which aims to celebrate the history of cinema and share their passion for silent film with the wider cinema-going audience by producing eye opening silent film events not only in the South West of England but in the United Kingdom.