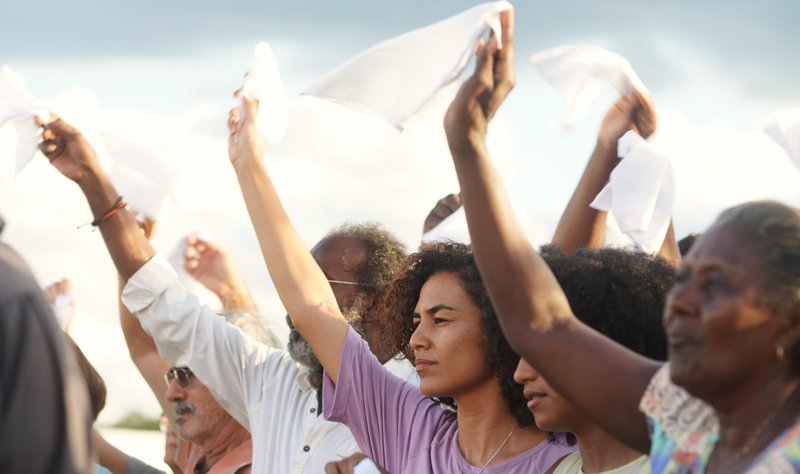 BACURAU is a maniacal, genre-blending siege thriller from Kleber Mendonça Filho (Aquarius, Neighbouring Sounds) and Juliano Dornelles. Set in the remote backcountry of Brazil, it follows a tight-knit village community’s bloody and brutal fight for its own survival. With unforgettable turns from Udo Kier and Sonia Braga, this is an audacious, original and spectacularly violent blend of neo-Western, revenge thriller and political allegory. Winner of the Cannes Jury Prize in 2019; Dare Gala screening at BFI London Film Festival 2019.

Due to the ongoing COVID-19 situation, out of caution and with particular concern for at-risk groups, we have decided to close the Cube for all public events for an initial period of two weeks, from Sun 15th March til Sun 29th March inclusive.

This means that all scheduled screenings in this period will no longer be going ahead, though we plan to reschedule as much as the programme as we can once the situation becomes clearer.

We will continue to monitor the situation before making any decision regarding any events we still have scheduled for April/May. As a precaution, we have halted all advance ticket sales until further notice.

This decision has been reached after much deliberation and in acknowledgment of our role as a community gathering place. Despite having recently implemented increased sanitation and other precautionary measures we believe the best course of action at this time is a temporary closure. By voluntarily closing we are prioritising the health and safety of customers, our volunteer staff, and the community at large, including vulnerable populations.

We really appreciate your patience and understanding during this time. We look forward to welcoming customers back to the Cube upon reopening once we feel it is safe to do so. In the meantime, keep an eye on our website/social media and member's mailout for updates.