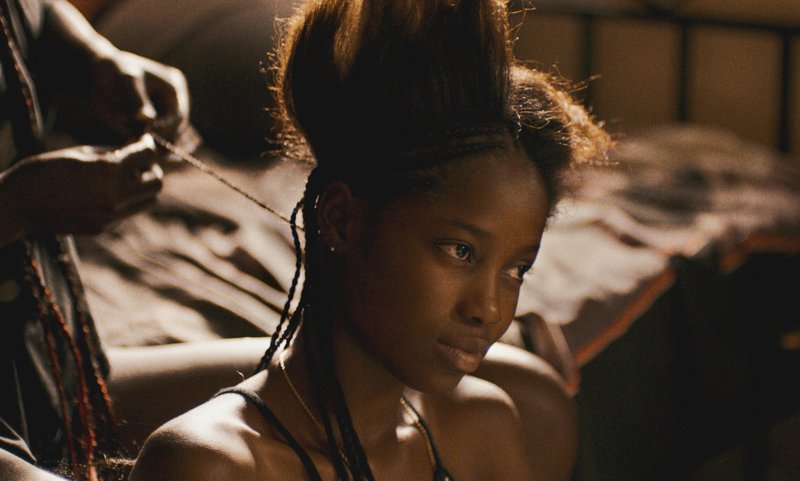 includes a pre-recorded introduction and a post screening discussion plus music!

Senegalese musician Batch Gueye will play a few songs on the Cube's stage before we screen the feature with a pre-recorded intro with director Mati Diop.

After a group of unpaid construction workers disappears at sea one night in search of a better life abroad, the women they have left behind in Dakar are overwhelmed with a mysterious fever.

Ada, 17, secretly grieves for her love Souleiman, one of the departed workers, but she has been promised to another man. After a fire breaks out on her wedding night, a young policeman is sent to investigate the crime. Little does he know that the aggrieved workers have come back as haunting, possessive spirits. While many of them seek vengeance for their unpaid labour, Souleiman has come back for a different purpose — to be with his Ada one last time.

Winner of the Grand Prix at the 2019 Cannes Film Festival, ATLANTICS marks the feature narrative début of director Mati Diop.

“A seductive mystery”  **** The Guardian

"a damning supernatural horror about the refugee crisis, patriarchy and the way greedy capitalism sucks the life out of disenfranchised workers." **** The List

"An absolute peach of a debut feature" **** Little White Lies

“A striking work” The Hollywood Reporter

This event is present by the Birds’ Eye View, Reclaim The Frame project.

Reclaim The Frame is a mission to bring ever-greater audiences to films by women to widen and enrich cinema’s perspective of the world, run by charity Birds’ Eye View, and backed by the British Film Institute’s Audience Fund.

To join the #ReclaimTheFrame mission and receive free cinema tickets, discount codes and other film goodies go to Bit.ly/BEVRTF