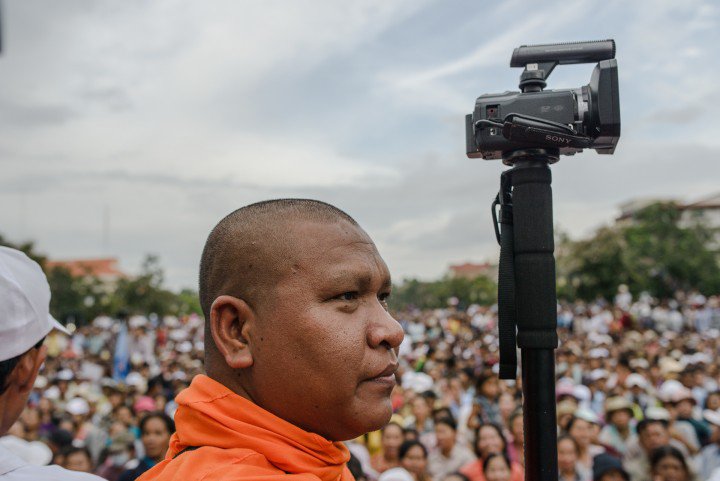 plus Q&A with Venerable Sovath and filmmaker Chris Kelly

Buddhist monk and award-winning activist Venerable Loun Sovath is harassed, censored, and evicted by his own religious leaders when he becomes a key figure in the land-rights protests that led up to the “Cambodian Spring” beginning in 2013.

Shot over six years, A Cambodian Spring is an intimate portrait of three people caught up in the chaotic and aggressive sweep of forced evictions and land grabbing in the name of “economic progress”. The film charts the complexities, both political and personal, of fighting for what you believe, asking the audience: how much would you be willing to sacrifice?

The film has been screened at international film festivals in more than twenty countries around the world, winning numerous awards including the prestigious Special Jury Prize at Hot Docs International Documentary Festival and Best Documentary at the Brooklyn Film Festival. The film was nominated for an Irish Film and Television Award and a One World Media Award and has an original soundtrack by the visionary electronic music composer James Holden.

" a reminder that big moments in history are made up of individuals bold enough to take a stand – and, in this case, who simply have nothing left to lose." **** Time Out