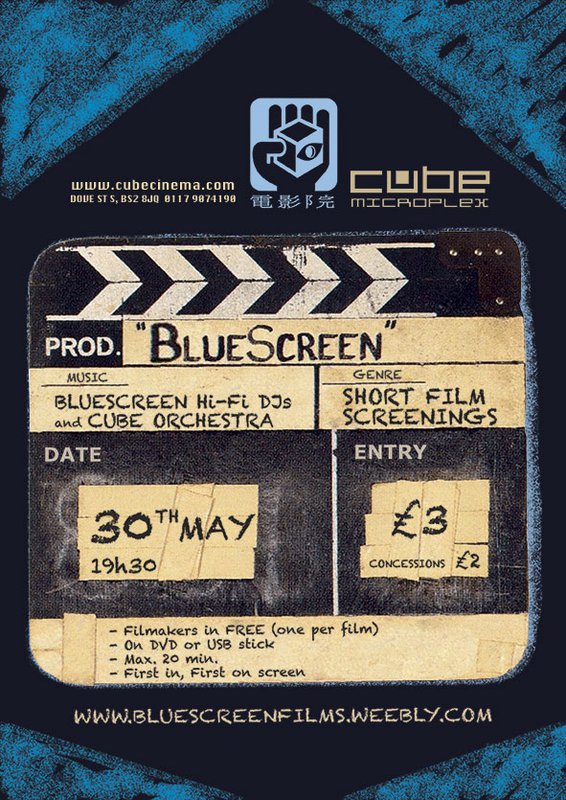 Welcome to the Third Bluescreen Screening of the Year!

Get yourselves ready for another eclectic mix of locally produced Short Films!