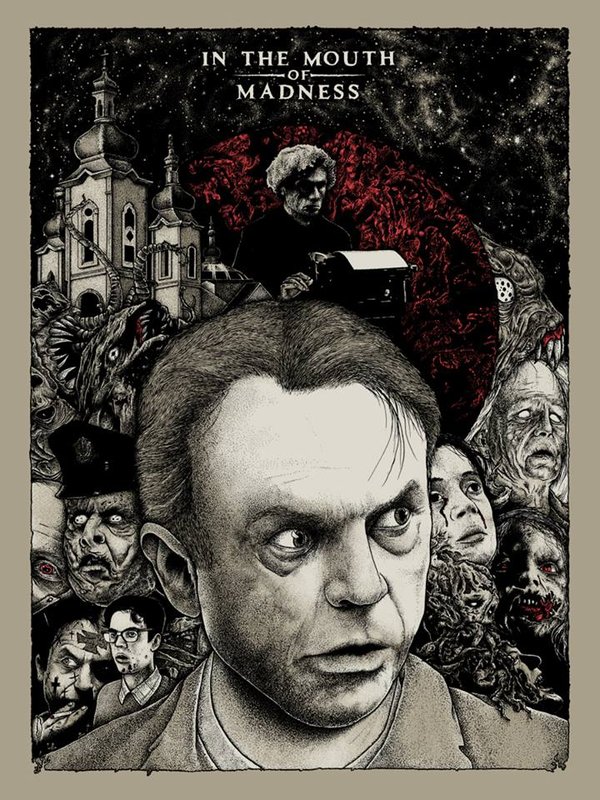 In the Mouth of Madness

Cynical insurance investigator John Trent (Sam Neill) is hired by a publishing house to locate the whereabouts of the missing Sutter Cane - a popular horror writer whose books seem to be sending its readers insane. The trail leads him to New Hampshire, where Trent becomes trapped in a fictional town of the author's increasingly phantasmagorical creation. The third in John Carpenter's Apocalypse Trilogy, following The Thing and Prince of Darkness, this late masterpiece from the horror master is an irresistible combination of Lovecraftian themes and the director's signature filmmaking flair.