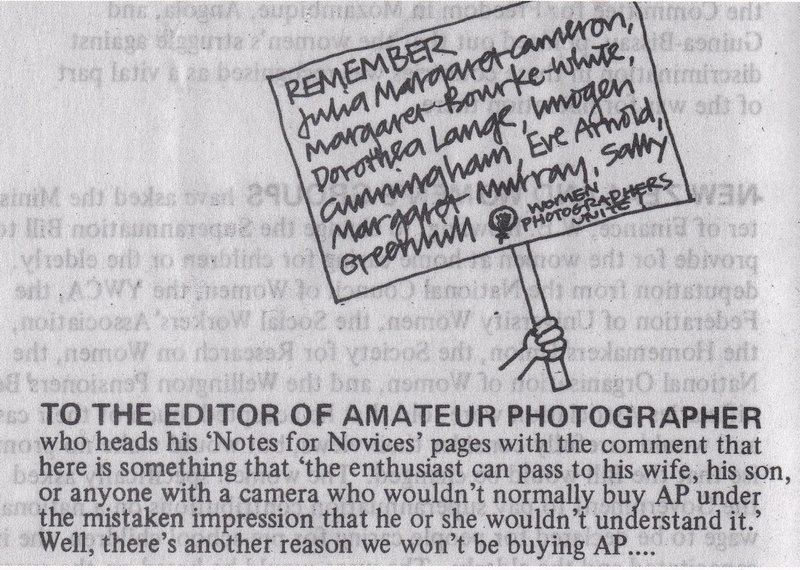 To the Editor of Amateur Photographer

Luke Fowler and Mark Fell’s new 70-minute film circulates around archival fragments and testimonies from the heterogeneous and often contested history of Pavilion, the UK’s first feminist photography centre. To the editor of Amateur Photographer examines a radical shift in photography whilst foregrounding the problems of understanding history through archives and personal recollections.

Operating out of a former park pavilion in Leeds, Pavilion was formed in 1983 with the stated aim of being the first photography collective dedicated to representing and supporting the production of women’s photography. Against a heightened social, political and economic backdrop, the Pavilion set about turning the prevailing patriarchal image culture inside-out.

Mark Fell is an interdisciplinary artist based in Rotherham (UK), who often works with sound and the interplay between musical traditions, including popular electronic music, house musics and academic approaches to computer-based composition.

Luke Fowler is a Scottish artist who works with 16mm film, archives, sound and photography. In 2012 he was nominated for the Turner Prize for a film exploring the life and work of Scottish psychiatrist R. D. Laing.

To the Editor of Amateur Photographer was filmed entirely on 16mm and includes a series of portraits shot by artist Margaret Salmon and sequences of photographs animated by Leeds Animation Workshop.