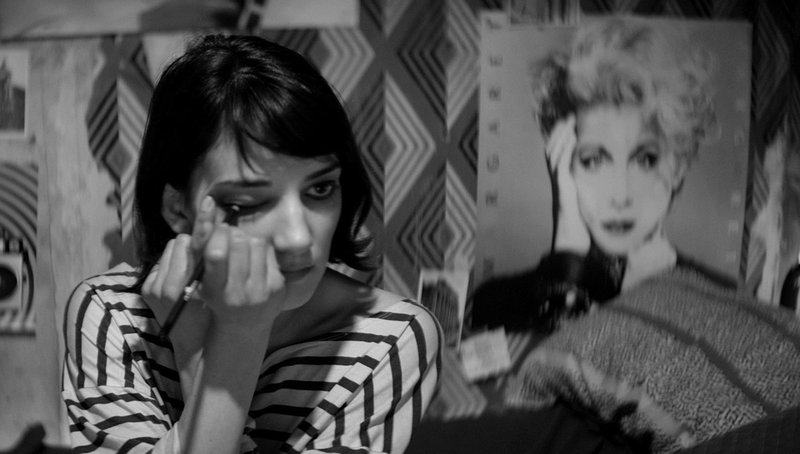 A Girl Walk Home Alone at Night is the first Iranian Vampire Western - it's Once Upon A Time in the West meets Wild At Heart, the Persian Version.  And with a Vampire.

In a liminal space that seems to blend industry and barren suburbia, we find Bad City. Walking its streets alone at night, a female vampire with kohl-rimmed eyes and a floating chador searches for prey. She is not so much bloodthirsty as she is out to right specific wrongs.

One of the town’s residents, Arash, a sinner and perhaps someone who has been sinned against, encounters the enigmatic bloodsucker. The two strike up an unlikely friendship that is built on a strange mixture of hope, desperation and stylish intrigue.

Taking the world by storm, Ana Lily Amirpour's brilliant début showcases some of the most stunning imagery, careful cinematography and intelligent editing you'll see all year in a cinema.

"A spiky feminist treat" ★★★★ The Telegraph

"Film of the week" Sight and Sound