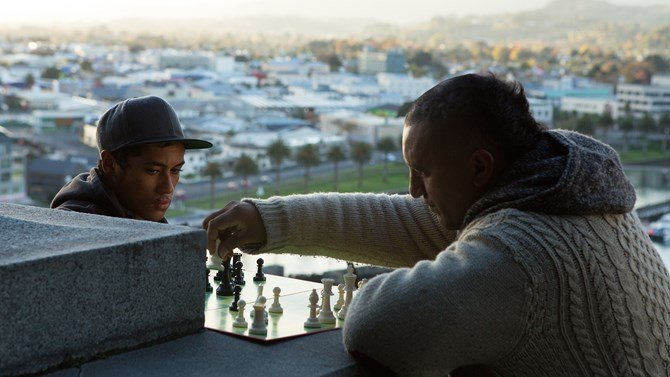 Starring an extraordinary NZ cast; Cliff Curtis (Whale Rider and Boy), James Rolleston (Boy) and Kirk Torrance (Outrageous Fortune) The Dark Horse is an inspiring true story based on the life of a charismatic, brilliant but little-known New Zealand Hero and chess champion - Genesis Potini, aka Gen. The Dark Horse is an emotionally-charged, provocative drama about a man who searches for the courage to lead, despite his own adversities - finding purpose and hope in passing on his gift to the children in his community.

The suspense of competition runs strong in the film, but Napier Robertson’s sense of where true winnings might be found runs stronger. The modesty and grace with which his film celebrates its uncertain hero is more potently celebratory in its understatement than a stadium of air-punches. The Dark Horse has been described by critics as one of the best films to emerge from New Zealand in recent years.

Winner of the Audience Award IFFR 2015

The Cube is completely ad-free. Please note the feature will start following a short selection of trailers/information relevant to our programme. Doors open 30 mins before the advertised start time to allow time to buy or collect tickets. Please note that doors open at 5.45pm and the film will start at 6.15pm.