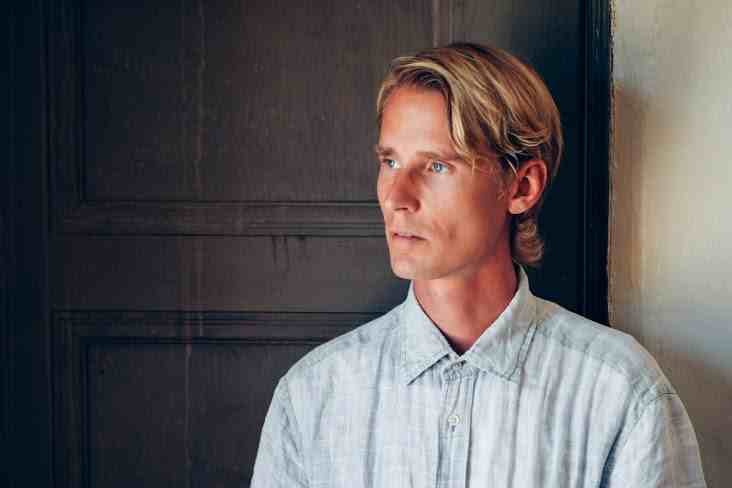 Really, a rather fine Sunday session this one, three artists all with style, songs and substance in abundance.

The lovely backstory is that the LA based Tom and band actually recorded his new album at The Cube with John Parish (PJ Harvey, Sparklehorse, Peggy Sue) as producer, utilizing only a single mic. The long-player is 'Perfect Abandon' and it is a honey. Containing narratives that the Everly Brothers or Mickey Newbury might have mustered and still boasting that graceful clear countertenor voice. Themes of the songwriting include man struggles to understand divinity, betrayal of a kinsman, discovery, individualism, love. Oh Boy!. David Butler (Drums), Ben Reynolds (Guitar), Joe Carvell (Double Bass) back him up.

Live record records where you can hear the creak of a floorboard or the rustle of a leather jacket and the amps buzzing and air being moved they are more than often the special ones. Toms says "I have always liked the live sound. There's an unbound energy present, and when recording in this mode there's a feeling it is all happening without a net...."This was the mentality producer John Parish had going into the recording of a Perfect Abandon. Concerning the recording equipment, just a single microphone. Nothing more. We were all of us players together on the stage for two afternoons at the Cube theatre in Bristol. David Butler on drums, Joe Carvell on double bass, me, Ben Reynolds on electric guitar, and Parish sometimes on organ. The challenge was to figure out how close each man needed to be in relation to the microphone for a suitable sound, and this had to happen with each song individually. If the drums were coming across too loudly, the drummer would have to move his kit a plank or two of the stage back from the mic. If the bass needed to come up, the bass moved a plank towards the mic. The end product, for better or worse, would truly to be its own thing. There'd be no overdubbing, no raising or lowering the levels of any one instrument. So, the album you now hear is simply the choosing of which take of which songs."

Now come witness the record take flesh with a live audience to jive with.

John Parish is doing a special little slot on the evening. Cinematic, warm sound songs emanate from his beautiful toned guitar work so come early. His close musical relationship with PJ Harvey and the albums they have produced are peerless but his work as a producer is highly rated also as is his film soundtrack work. A treat to have back in the Microplex.

Doug Tielli is another super addition to this evening. A Montreal troubadour with a stand out voice and a liquid instrumentalist. Hints of African high life, British folk, free-improvisation, Brazilian spirituals and blue eyed soul gracefully come together in Doug Tielli's second release, 'Keresley'. So Doug Tielli has made a very a human record, one that speaks of a love of the landscape and those who walk upon it.