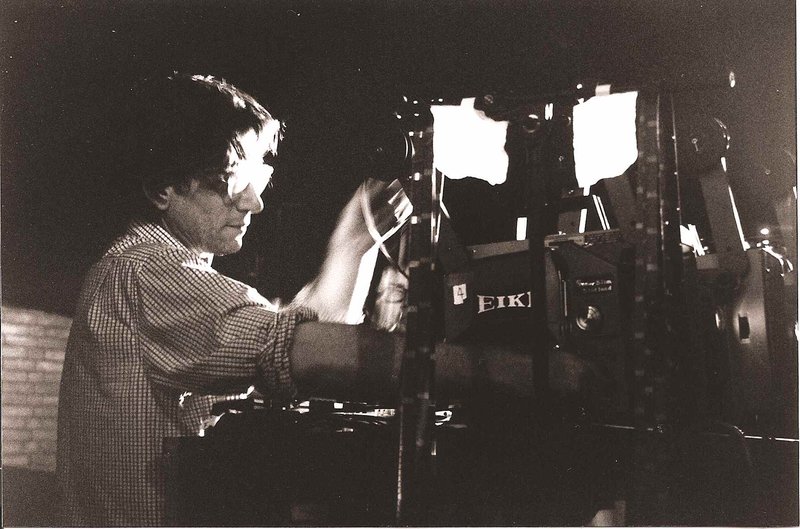 – Utilize film stock and analogue projectors and sound to make formidable and piercing performances
– Create riveting, structuralist and in the moment live cine-sculptures and interactions
– Re-imagine the actual building, so luring the viewer out of their here-and-now into a intimate new space

A bill high stacked with possibilities as these three hugely respected and very individual artists fill the building with projectors, film and sound/music.

From the USA, Bruce McClure steps off the international stage to deliver his banging, attack/decay tour-de-force on overdriven celluloid with an hour long film and sound projection performance. McClure forcefully employs the phenomena of visual flicker and the phasing of sound to create long form, trance like states of ‘ecstatic reverie’.

‘Bruce McClure’s film projector is a weapon. Its ammunition is raw light. Darkness is both its adversary and its matrix. Radiant blasts inflame the theatre of perception. The void retaliates. This is a cinema of thunder and lightening.’ – OtherFilm

Louisa Fairclough is a Bristol-based artist using gesture, voice, line and light as material. In her sculptural installations the film loops function as a drawing throughout a space. A line of film, a beam of light and a channel of sound are experienced physically and aurally. Fairclough is interested in the affective force of sound and how it can be experienced by the entire body; the intensity of emotion it can evoke and the charge of that sensation.

and also from the Bristol Ticket Shop here.