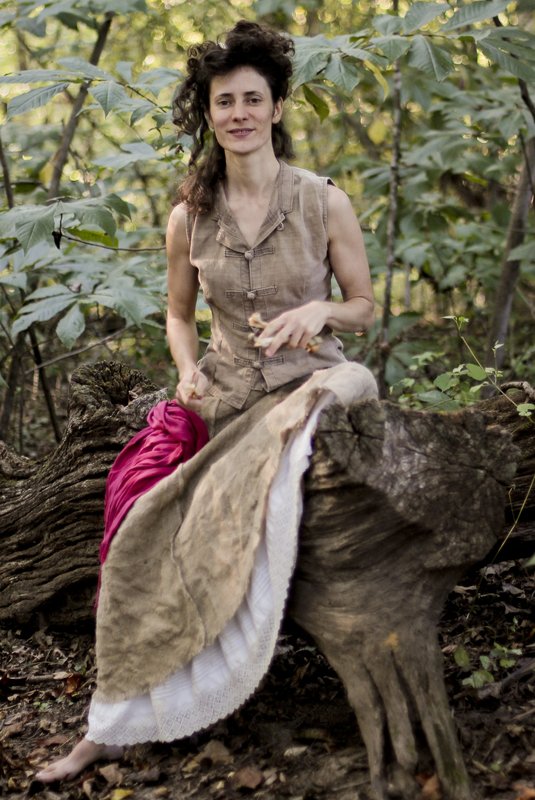 Diane Cluck is a Virginia-based singer-songwriter of ‘intuitive folk’ music. Her vocal style has been noted for its uniquely clipped, glottal beauty. She accompanies herself on various instruments including guitar, piano, harmonium, zither, toy accordion, and a copper pipe instrument she built by hand.

In 2014 Diane released her seventh album, Boneset, through Important Records – a Mobius strip seeded with birds, death, wealth and poverty, boldness and heart. Antony Hegarty (of Antony and the Johnsons) wrote, “Diane Cluck is a virtuosic talent with an emotionality that feels at once ancient and alien. Her mastery of her voice as an ecstatic instrument is so compelling.”

Diane is currently fulfilling her Song-of-the-Week project – a fan-funded subscription run through her website in which she writes, records and delivers new songs to subscribers. She wrote music for and recorded “This Is Our Love”, a previously unfinished song by Karen Dalton for a new compilation to be released by Tompkins Square Records in 2015.