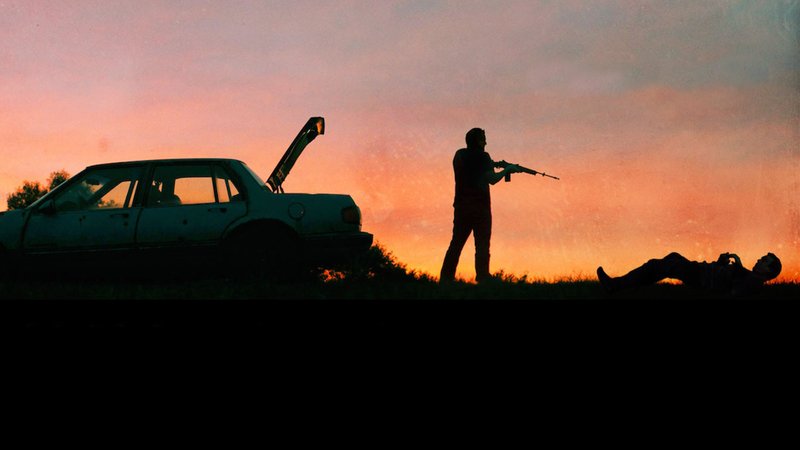 An intensely dark and occasionally violent revenge thriller with a rich vein of black comedy, reminiscent of Coen brothers films such as Blood Simple.

A quiet outsider living in a blue ruin of a car has his life turned upside down when he returns to his childhood home. The tension is expertly built with fewer than two lines of dialogue in the first 20 minutes. Survival instincts lead him to extreme measures as his world unravels and the violence spirals out of control... A terrifying exploration of what happens when an ordinary person is allowed to drop through the cracks.

Winner of the FIPRESCI International Critics Prize at the Cannes Film Festival.