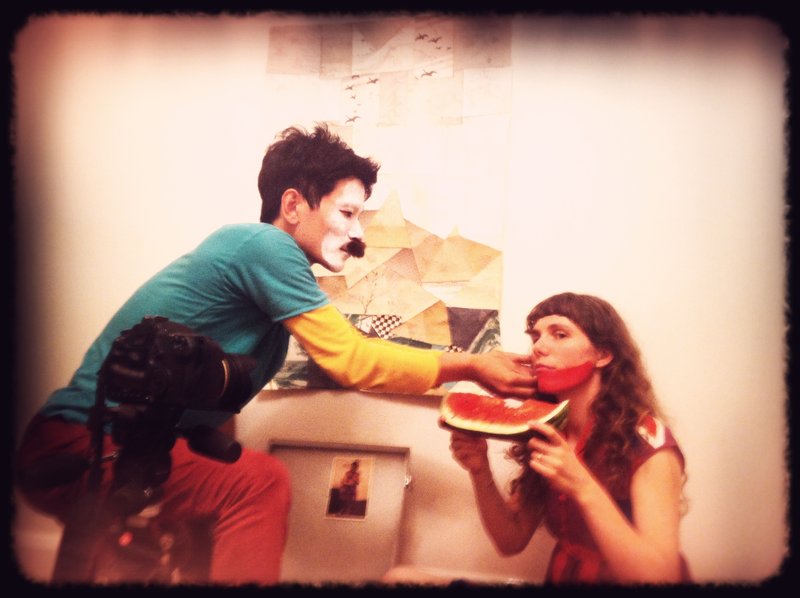 Six years ago experimental folk multi-instrumentalist Rachael Dadd packed up her tools and set off from the west to the east on an exploratory journey to Japan, a country she knew nothing about. Meanwhile in the city of Nagoya ICHI was living off the thriving underground music scene, pioneering a new concept in one-man music-making, creating catchy, danceable songs, playfully choreographed with handmade inventions, toys, instruments and a rhythm box. Whilst on tour playing in galleries, hairdressers and even singing her songs at an organised show on a moving train, Rachael met ICHI at a DIY festival in an old wooden house on the outskirts of Nagoya.

"I sat on the tatami watching this intriguing Japanese man patiently assembling his set-up for his show: numerous hand-made stands and speaker boxes painted orange, megaphone, tape machine, alarm clock… Aware that my heart was ticking I waited for his performance. From his entrance on stilts to his exit the same way I was engulfed in a colourful whirlwind and something in my head exploded. Since then I have been adopted into Japan's underground scene, ICHI has been making waves in the UK, and we are married with a one-year-old son, who comes on tour with us."

PAKA PIKI MUSIC is their collaborative performance, and for this occasion they will be joined by Small World Animations and the Singing Umbrella Collective for workshops, joining in activities and projections.