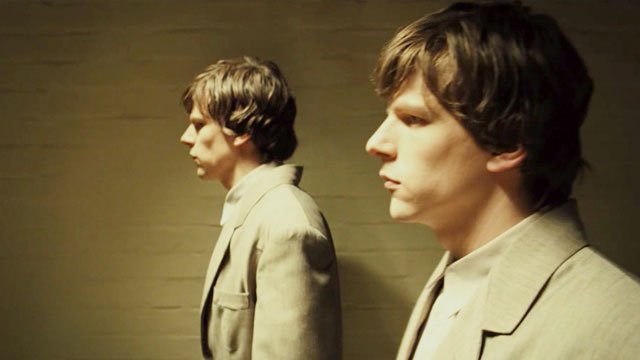 Richard Ayoade shot to fame as Moss in The IT Crowd but it was Submarine, his debut behind the camera, that won him critical acclaim. He returns with The Double based on Fyodor Dostoyevsky's novella with a screenplay co-written with Avi Korine, Harmony's brother.

Simon is a timid man, scratching out an isolated existence in an indifferent world. He is overlooked at work, scorned by his mother, and ignored by the woman of his dreams. He feels powerless to change any of these things. The arrival of a new co-worker, James, serves to upset the balance. James is both Simon's exact physical double and his opposite - confident, charismatic and good with women. To Simon's horror, James slowly starts taking over his life.

Set in a creepy, dystopian universe where they never glimpse daylight The Double is an exceptional work of imagination and storytelling.