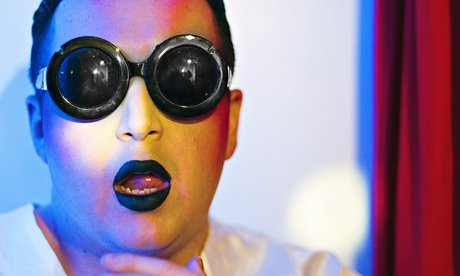 The Worst of Scottee

Everyone has done stuff they regret. Most of us bury it. But six months ago Scottee hired a psychotherapist and a filmmaker to dig up his past.

In The Worst of Scottee, the Time Out Performer of The Year encounters past flames, ex-friends, and other people who no longer like him. This is a darkly comedic, occasionally musical and ultimately devastating attempt to find out where he went wrong.

This show will give you reasons not to like him – it’s Scottee at his very worst.

“The Worst of Scottee sees this showman walk the fine line between vulnerability and charisma and reveal a little part of himself. It’s a potent and compelling combination” (The Stage)

Co-presented with In Between Time.