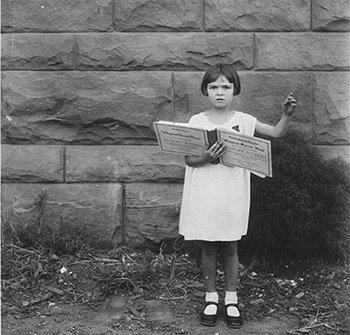 Awake, My Soul: Sacred Harp with Cath and Phil Tyler

With its roots in the pre-Revolutionary American South, Sacred Harp music is an intense and austere tradition of unaccompanied amateur singing, combining ecstatic delivery and weird harmonies.

Watch a documentary tracing the origins of the music, then learn to sing it for yourself in a workshop with acclaimed folk musicians and Sacred Harp singers Cath and Phil Tyler, who will round off the evening with a very special performance.

Cath & Phil Tyler play Anglo-American folk music using guitar, banjo, voice and fiddle. Cath was a member of the band Cordelia’s Dad in the 1990s when she lived in Massachusetts, USA. Phil, from Newcastle upon Tyne, has played in various folk, rock and ceilidh bands for many years. Coming together musically through a shared love of traditional narrative song, full-voiced Sacred Harp singing and sparse mountain banjo, they have performed on stages as diverse as the Royal Opera House in London and a dank tower in the old city walls of Newcastle. Taking a minimal approach to their material, they have been described as "one of the most compelling musical partnerships on the scene", their music being "a highly concentrated and intimate musical experience that penetrates to the very rawest essence of folk tradition".

They have made two albums together, Dumb Supper (2008) and The Hind Wheels of Bad Luck (2009), both available through Bandcamp.

Husband and wife team Matt and Erica Hinton spent seven years travelling across Alabama, Georgia and the Deep South recording hundreds of hours of footage documenting the songs and folkways of the southern Sacred Harp tradition. Awake, My Soul: The Story of the Sacred Harp (2006) is the fruit of this work of love, a moving portrait of a community and a tradition steeped in American history.

This haunting music has survived over 200 years tucked away from sight in the rural Deep South, where in old wooden country churches, devoted singers break open The Sacred Harp, a shape note hymnal first published in Georgia in 1844. These singers have inherited The Sacred Harp and its traditions from those who came before them and preserved these fierce yet beautiful songs, many of which are much older than the hymnal itself. And so they, like the early singers, begin each song by intoning syllables which are represented by each shaped note in their hymnal: fa, sol, la, and mi. To the casual observer, it is some foreign, unintelligible language, but to these Sacred Harp singers, it is the key that unlocks mysteries: songs of both beauty and sorrow, of life and of death, songs that cause feet to stomp and tears to flow, often at the same time. They are ancient sounds, which are at times disorienting to the modern ear, and yet they are sung with such passion and force that it becomes obvious that these songs are very much alive.