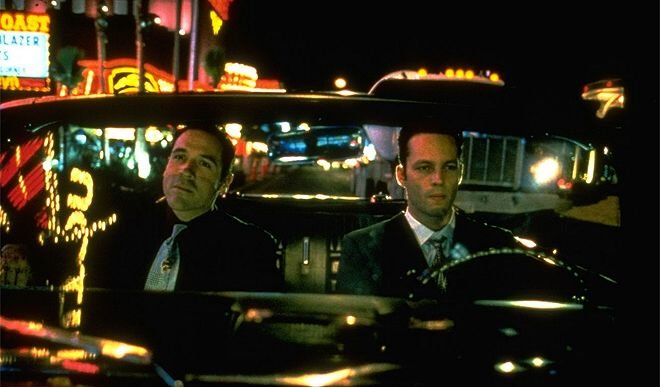 Seeking fame and fortune as a stand-up comic, and attempting to outrun heartbreak, Mikey (Favreau) moves from East Coast to West, a move that reunites him with buddy Trent (Vaughn) and his loose knit group of friends. Doug Liman’s 1996 cult classic follows the wise-cracking gang from coffee shop to bar, lounge to cocktail party and from LA to Vegas baby.

SWINGERS provided the breakthrough for both leads as well as Doug Liman (The Bourne Identity), Heather Graham and Ron Livingston. Nearly twenty years on from release, it’s not just the before-they-were-famous cast and crew that are ahead of their time. Favreau’s sparkling script is littered with prescient observations about speakeasy-style bars that are so cool they don’t have signs outside, Hollywood’s trend for producing movies that reference other movies (“Everybody steals from everybody”, followed by a wry visual nod to Reservoir Dogs from director Liman), and most famously the now-common habit of using a noun as a verb: “You're so money and you don't even know it!”