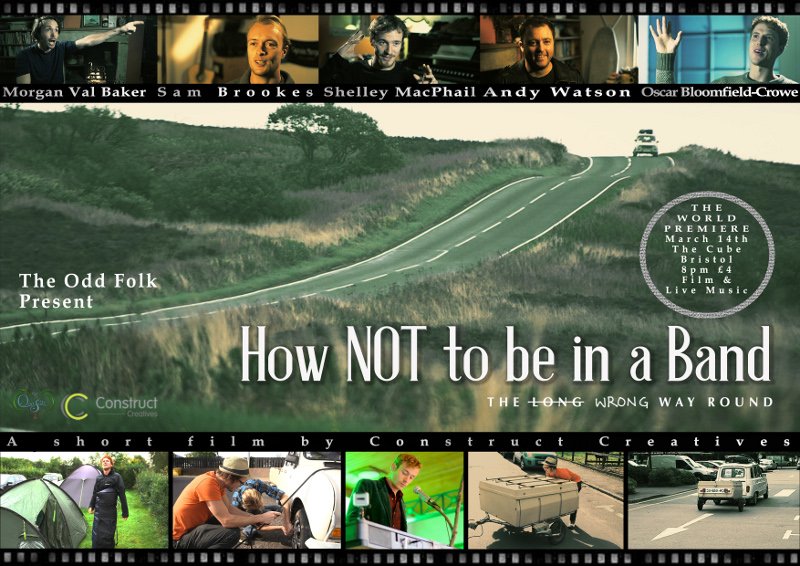 The Odd Folk: How Not To Be In A Band

A story of music, friendship, mayhem and mishaps, How NOT to be in a Band is a short film following the ‘passionately ramshackle’ quintet, The Odd Folk during the first leg of their tour of the UK last autumn.

Produced by Bristol-based Construct Creatives, the documentary follows the band as they travel to Derbyshire, crammed into the world’s quirkiest tour bus: a 27-year-old Renault 4 with a trailer full of gear, a piano tied to the roof, and a maximum speed of 50mph!

With a bewildered brand-new drummer in tow, the band wend their way to the Peak District for a gig and radio-show, taking numerous wrong turns, forgetting instruments, replacing mic-stands with tree branches and sleeping in piano cases! By turns funny, moving and inspiring, the film is an honest portrayal of life in a band trying to make it, and all the adventures they have along the way…